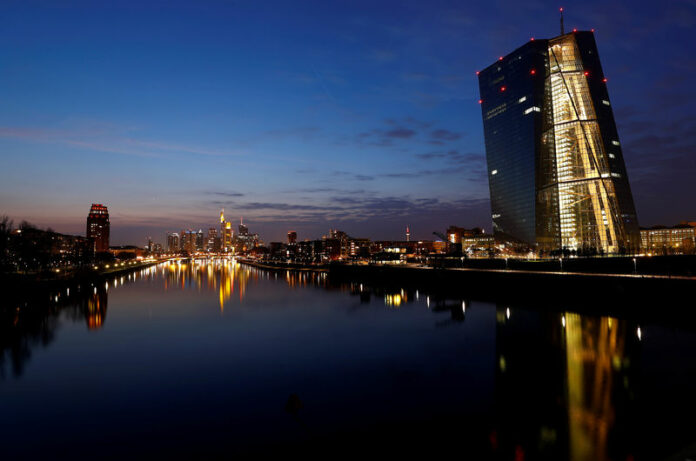 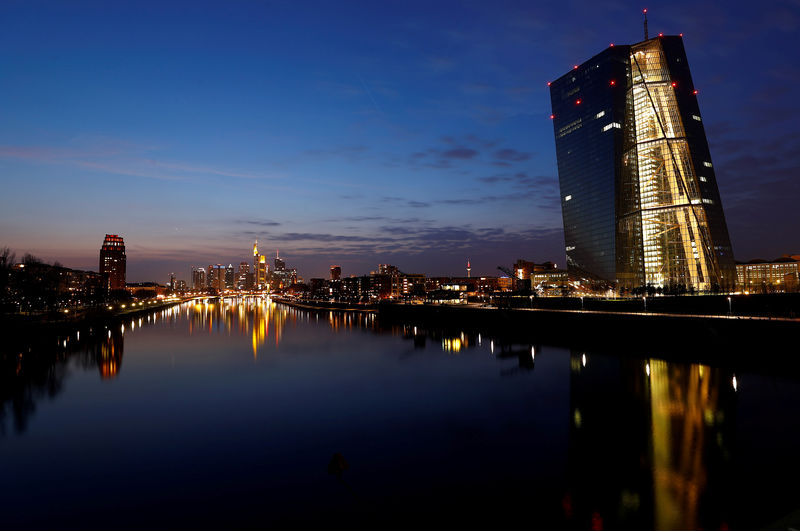 © Reuters. FILE PHOTO: The headquarters of the European Central Bank and the Frankfurt skyline with its financial district are photographed on early evening in Frankfurt

FRANKFURT (Reuters) – A new round of cheap European Central Bank loans is not imminent as policymakers see little need to pump more cash into the banking system at a time when lending and inflation are picking up, three sources close to the matter told Reuters.

Targeted long-term refinancing operations (TLTROs) – essentially cheap multi-year loans to banks – have been one of the tools through which the ECB has revived price growth in the euro zone in recent years by stimulating lending.

With the latest TLTRO starting to mature in 2020, two rate-setters have raised the prospect of a new round during last week’s policy meeting, ECB President Mario Draghi said at the time.

But three sources familiar with the ECB’s thinking cautioned that the matter was not urgent and no decision was to be expected at the ECB’s next policy meeting in December.

“It’s too early for that,” one of the sources said, speaking on condition of anonymity because ECB deliberations are private.

Another source noted that a fresh helping of cheap cash would contradict the ECB’s efforts to normalize its monetary policy by winding down its 2.6 trillion euro bond-buying program and paving the ground for the first rate hike since 2011.

This may prove painful in countries such as Italy, where banks have to repay some 250 billion euros worth of TLTRO money amid rising market rates and an unfavorable political situation.

“Bank treasurers want to avoid a cliff edge. That’s why a TLTRO could make sense,” one of the sources said.

Yet another source argued that trouble in one or two countries wouldn’t be reason enough to loosen the purse strings, though, “unless it hampered the transmission of monetary policy in the euro area”.

Euro zone prices are estimated to have grown at 2.2 percent in October, staying above the ECB’s target for a fifth consecutive month, while the latest lending data showed growth in company loans accelerated to yet another post-crisis high in September.

Asked about a new TLTRO on Friday, Finland’s central bank governor Olli Rehn said the ECB would examine the economic situation and then, if needed, use its entire toolbox as appropriate.