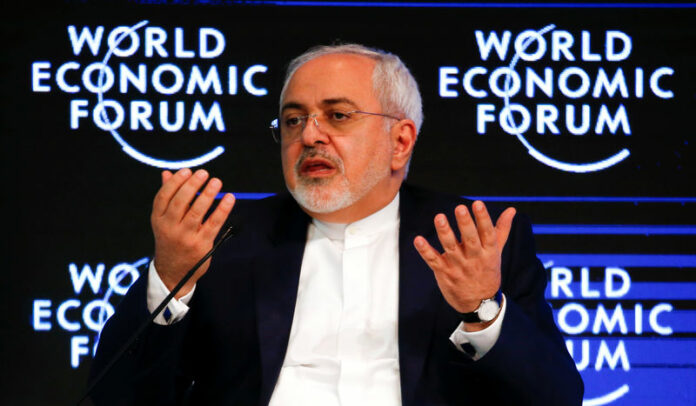 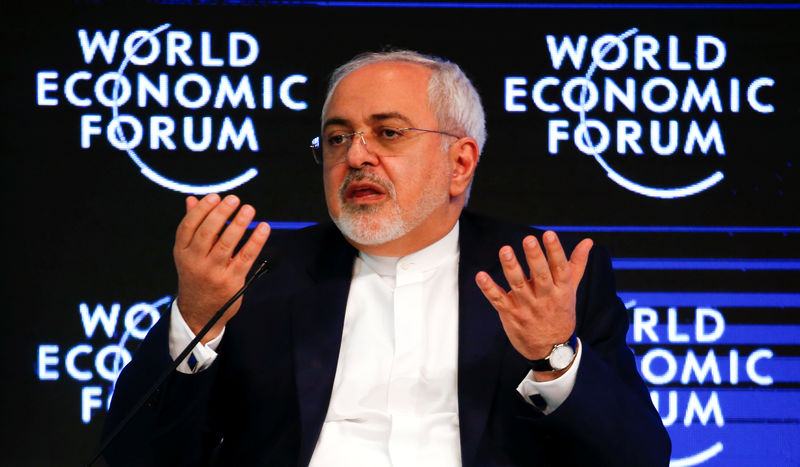 © Reuters. FILE PHOTO: Javad Zarif, Minister of Foreign Affairs of the Islamic Republic of Iran attends the WEF in Davos

DUBAI (Reuters) – Iran called on Saturday for European assurances of support in the face of Washington’s intent to reimpose sanctions on vital Iranian oil sales to force Tehran to curb its nuclear, missile and regional activities.

“Mogherini and the European ministers … highlighted the importance of the finance ministers’ commitment to Europe’s financial mechanism to save the Iran nuclear deal and said the mechanism will be operational in the coming days,” IRNA said.

Diplomats told Reuters last week that the new EU mechanism to facilitate payments for Iranian exports should be legally in place by Nov. 4, when the next phase of U.S. sanctions hit, but will not be operational until early next year.

The EU, France, Germany and Britain, said in a joint statement on Friday they regretted U.S. President Donald Trump’s decision to restore sanctions on Iran, the world’s No. 3 oil exporter.

“Our aim is to protect European economic actors who have legitimate commercial exchanges with Iran, in line with European legislation and the United Nations’ Security Council resolution 2231,” Mogherini and the foreign ministers and finance ministers of the three countries said in their statement.

The three biggest European powers are co-signatories, along with Russia and China, to an international 2015 deal with Iran that reined in its nuclear work in exchange for the lifting of most international sanctions on Tehran.

With the sanctions clampdown, Trump is seeking to push Iran into stricter curbs on its nuclear program and a halt to its missile development activity and support for proxy forces in Yemen, Syria, Lebanon and elsewhere in the Middle East.

Trump denounced the nuclear deal, signed before he took office, as flawed in Iran’s favor and withdrew Washington from the pact in May.

Meanwhile, Iranian state television reported that the Islamic Republic had started production of the locally-designed Kowsar fighter plane for use in its air force.