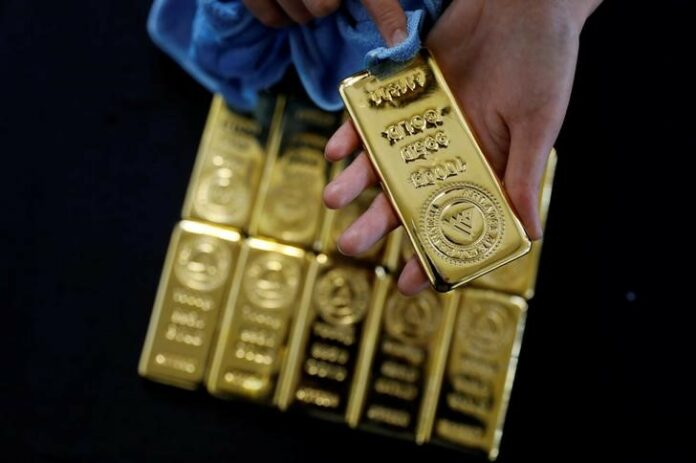 Investing.com – This week precious metals traders will be focused on the U.S. mid-term elections and the Federal Reserve’s November meeting as markets continue to digest Friday’s strong U.S. jobs report.

Voters on Tuesday will decide and the results could influence the Trump administrations ability to pass additional tax and trade reforms.

The Fed will begin its two day meeting on Wednesday, with markets anticipating no change to interest rates ahead of a widely expected rate hike in December.

Investors will also be watching Monday’s non-manufacturing PMI data from the Institute of Supply Management, as well as Thursday’s weekly jobless claims figures and Friday’s report on consumer sentiment.

Gold prices slipped lower on Friday as the dollar pushed higher following the release of a stronger-than-expected U.S. jobs report for October.

last month and wage growth accelerated at the fastest pace in more than nine years, indicating that the labor market is continuing to tighten and underlining the case for the Fed to hike interest rates again in December.

The dollar strengthened, with the , which measures the greenback’s strength against a basket of six major currencies advancing 0.27% to 96.34. The index hit a 16-month high on Wednesday.

A stronger dollar can make dollar denominated assets, like gold, more expensive to potential buyers holding other currencies. Interest rate increases and higher U.S. bond yields are usually bearish for gold, which offers no yield. They also tend to boost the dollar.

The UK is to release data on service sector activity.

Bank of Canada Governor Stephen Poloz is to speak at an event in London.

The ISM is to publish data on non-manufacturing activity.

The Reserve Bank of Australia is to announce its benchmark interest rate and publish a rate statement which outlines economic conditions and the factors affecting the monetary policy decision.

The U.S. mid-term elections will be held.

New Zealand is to release its latest employment report as well as data on inflation expectations.

The euro zone is to report retail sales figures, while Germany is to produce data on industrial production.

The Reserve Bank of New Zealand is to announce its latest monetary policy decision and hold a press conference.

China is to release trade data.

The U.S. is to publish the weekly report on initial jobless claims.

Later in the day, the Fed is to announce its latest monetary policy decision and publish its rate statement.

The UK is to release data on GDP growth and manufacturing production.

The U.S. is to publish figures on producer price inflation and consumer sentiment.

Fed Governor Randal Quarles is to speak at an event in Washington.