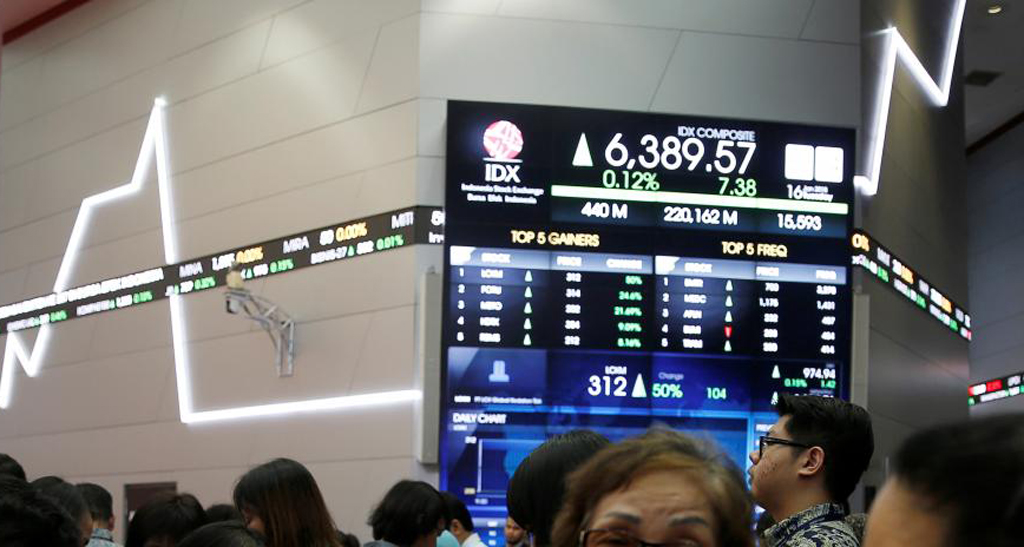 SYDNEY: Asian stocks sank on Monday as fears of faster rate hikes in the United States and uncertainty around the Sino-U.S. trade war deterred investment in riskier assets, while sterling jumped to a two-week high on hopes of an orderly Brexit.

Markets are expected to be skittish ahead of U.S. congressional midterm elections on Tuesday.

Opinion polls show a strong chance that the Democratic Party could win control of the House of Representatives after two years of wielding no practical political power in Washington, with President Donald Trump’s Republican Party likely to hold the Senate.

Chinese shares opened in the red with blue-chip stocks  off 1.4 percent even as President Xi Jinping promised to lower import tariffs and continue to broaden market access.

Xi, however, acknowledged conditions abroad had created some challenges for the Chinese economy.

U.S. stock futures were down 0.3 percent  after Wall Street closed lower on Friday on a combination of upbeat jobs growth for October and concerns a trade deal between the United States and China may not be struck soon.

“We expect U.S.-China trade tensions to get worse before they get better,” Citi analysts said in a note.

“Although trade growth has held steady, concerns are rising in business surveys,” they added.

“Equity markets do not seem to be fully incorporating the risks of an escalation of tensions yet, which could have an effect on investment, sentiment, inflation, and growth.”

Also clouding the outlook for world shares is the prospect of tighter monetary policy in the United States, given robust economic data in recent months.

A similarly upbeat number back in February had sent global financial markets in a tailspin with a massive sell-off in bonds and equities, particularly in emerging markets, and a strong rally in the U.S. dollar.

“The U.S. employment report supports our view that the Federal Reserve will raise rates three more times from now until mid-2019,” Capital Economics said in a note.

“After that, we suspect that the cumulative effect of monetary policy tightening will start taking a toll on the US economy, forcing the Fed to end its tightening cycle and pulling Treasury yields, the US stock market, and the dollar down.”

Sterling jumped to a two-week high on Monday on growing hopes of a smooth Brexit, while Asian stocks started the week gingerly amid worries over tense Sino-U.S. trade relations.

With just five months to go until Britain exits the European Union divorce talks are at an impasse, a Sunday Times report that an all-UK customs deal will be written into the agreement governing Britain’s withdrawal from the European Union was enough to send the pound to $1.3062, its highest since Oct. 22.

May’s office said the Sunday Times report was speculative, but added that 95 percent of the withdrawal agreement was settled and negotiations were ongoing.

The pound was last up 0.1 percent at $1.2989 after UK’s Telegraph newspaper reported significant hurdles still remain in the Brexit negotiation process.

The U.S. dollar struggled to hold gains made on Friday following the upbeat jobs data. The dollar index, which measures the greenback against a basket of major currencies, was last off 0.1 percent at 96.459.

In commodities, oil prices fell as the start to U.S. sanctions against Iran’s fuel exports was softened by waivers that will allow some countries to still import Iranian crude, at least temporarily.