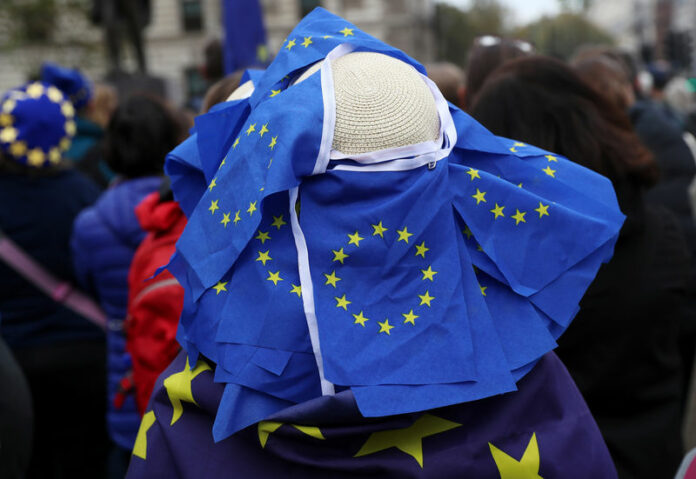 Brexit ministry board member tells companies to prepare for no deal

© Reuters. A demonstrator wears EU flags around their head as they take part in a protest by groups representing EU citizens living in the UK, in Westminster, London

LONDON (Reuters) – Susan Hooper, a British executive who sits on the board of the Brexit ministry, told businesses to prepare for a no-deal exit on Monday as time starts to run down on the “almost impossible task” of finding an agreement that works for everyone.

Hooper, who is also on the board of airline Wizz Air and Uber UK, was speaking at the World Travel Market trade show in London when she was asked how companies should be preparing ahead of Britain’s departure from the EU on March 29, next year.

She said she “cannot imagine that we will not get a deal” but that companies must focus on the implications of what a disorderly exit would look like.

“Really the brightest we’ve got … are working all hours of the day and night to try and do what is fundamentally an almost impossible task to do well and to make everyone happy,” she said.

“I cannot imagine that we will not get a deal, but I have to say if I were in the place of managing a company I would be focused on what the implications of a no deal would be.

“With regards to businesses, the no deal is the hardest scenario and therefore I would plan for the hardest.”

British Prime Minister Theresa May has said she is confident she will get a divorce deal and a transition period to smooth the departure but the two sides have struggled to come up with a system that will keep the Irish border open.