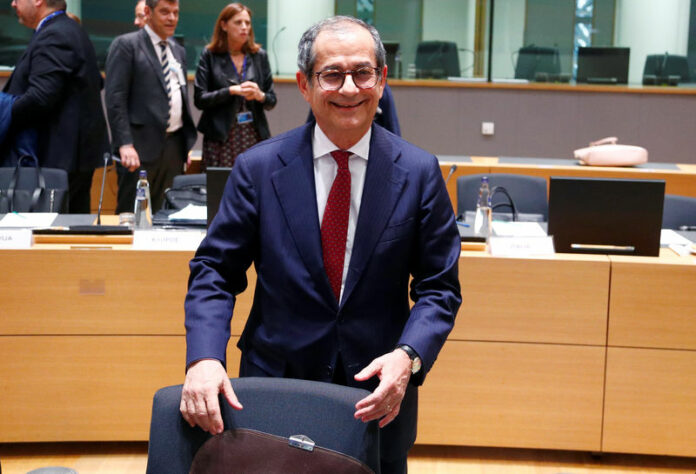 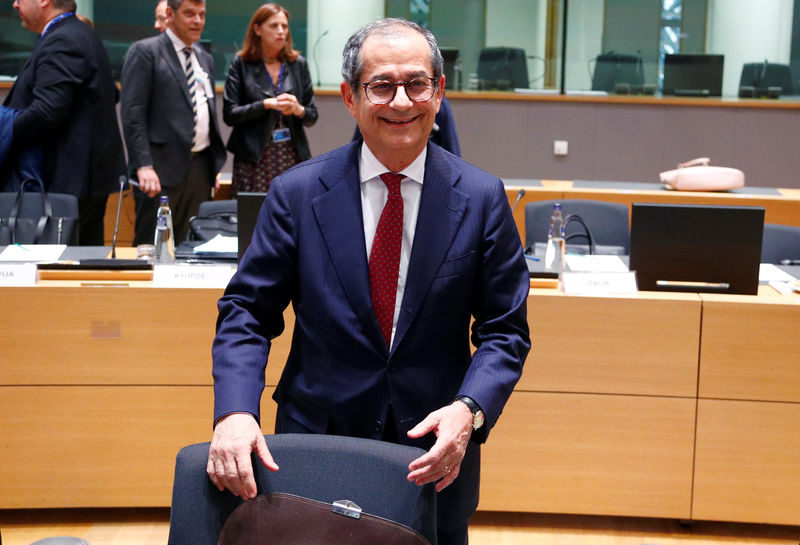 BRUSSELS (Reuters) – Euro zone finance ministers called on Italy to change its 2019 budget before a deadline set for next week, confirming Rome was isolated in the bloc over its row on fiscal rules.

As some ministers evoked risks for the euro from the budget dispute, Italy’s Finance Minister Giovanni Tria said he was working on a compromise, an Italian official said, stressing Rome was not considering a change to spending targets.

Ministers discussed at length the Italian budget at their monthly meeting, after the European Commission rejected it on Oct. 23 saying it was an unprecedented breach of EU rules.

The draft breaks EU rules because it envisages an increase of 0.8 percent in Italy’s structural deficit next year rather than a required reduction of 0.6 percent in relation to gross domestic product.

“What is at stake now is our common currency,” French Finance Minister Bruno Le Maire told reporters on entering the talks, adding he shared the Commission’s view that the Italian budget openly broke EU laws.

At the closed-door meeting, other ministers shared his view and urged Italy to change its budget, an EU official said.

Italy has until Nov. 13 to send in a revised draft 2019 budget to Brussels, but its ruling coalition leaders repeatedly excluded any possibility of changes to the budget, saying higher borrowing was needed to kick-start growth.

The Commission is to issue opinions on all of the euro zone’s draft budgets, including the revised one from Italy, on Nov. 21. If Rome does not amend the budget to match EU rules, the Commission is likely to launch a disciplinary procedure which could lead to a fine of 0.2 percent of Italy’s GDP.

Ireland’s Finance Minister Paschal Donohoe said the past euro zone debt crisis, which had badly hit Ireland, showed euro countries were dependent on each other’s stability and EU budget rules were there to maintain stability.

To better prepare for a potential next crisis, euro zone countries want to integrate their economies better, setting up a deposit guarantee scheme, a euro zone budget, rules for debt restructuring and through beefing up its bank resolution fund.

They want to give their bailout fund new powers to closely monitor economies and provide new lending instruments that could be used even before a country is cut off from the markets.