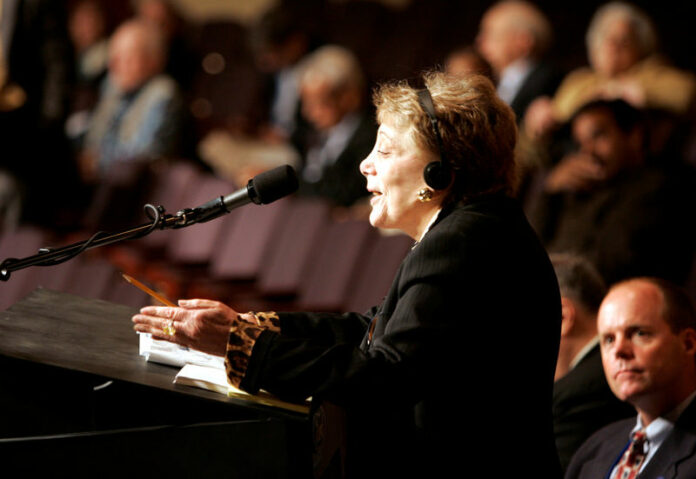 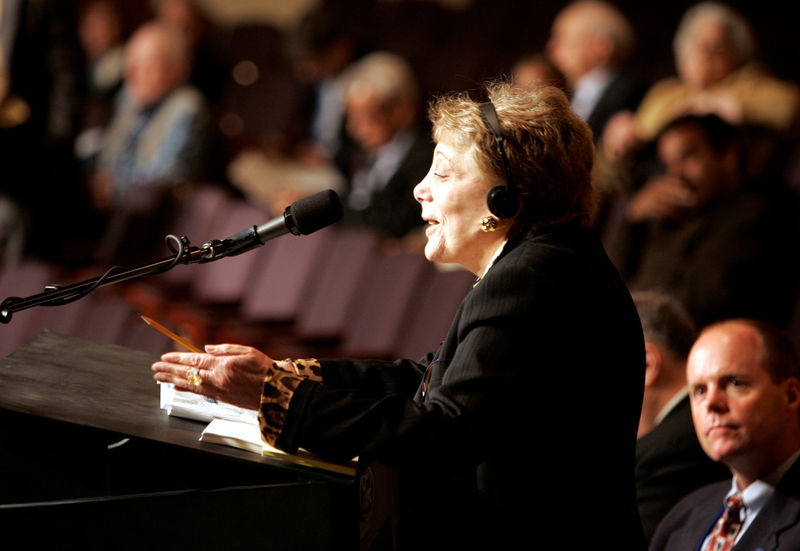 NEW YORK (Reuters) – Evelyn Davis, who became known as a corporate gadfly for her attendance and relentless questioning of top executives at scores of U.S. annual shareholder meetings over a period of decades, has died at age 89.

Davis died on Sunday at Washington Medical Center in Washington, D.C., after a recent illness, according to spokespeople, including a representative of her will from a trust division of Bank of America Corp (NYSE:)., who confirmed the death on Monday.

Davis owned stock in more than 80 corporations and regularly attended shareholder meetings throughout the United States, beginning in 1959, according to a release from the Evelyn Y. Davis Foundation.

International Business Machines (N:) was the first shareholders meeting she attended, after inheriting stock from her father, she told Reuters in a 2002 interview.

The outspoken Davis often prodded executives at shareholder meetings, and she and some observers believed she helped to make companies more responsive to small shareholder requests, though in recent years she had had few successes.

As of 2012, when Davis told Reuters that she was taking a breather from the shareholders meeting circuit, only one of her shareholder proposals since 2006 had received a majority of votes. Five others had received more than 40 percent approval.

From 1965 until 2011, Davis published “Highlights and Lowlights,” an annual newsletter that covered the Washington scene, corporate governance, executive compensation and various shareholder proposals, the release said.

Davis was born in Amsterdam and survived the Holocaust. She immigrated during World War Two to Baltimore, Maryland, where she joined her father, a neurologist who taught at Johns Hopkins University.

She was divorced four times and had no children. Davis is survived by a half sister, the representative said.