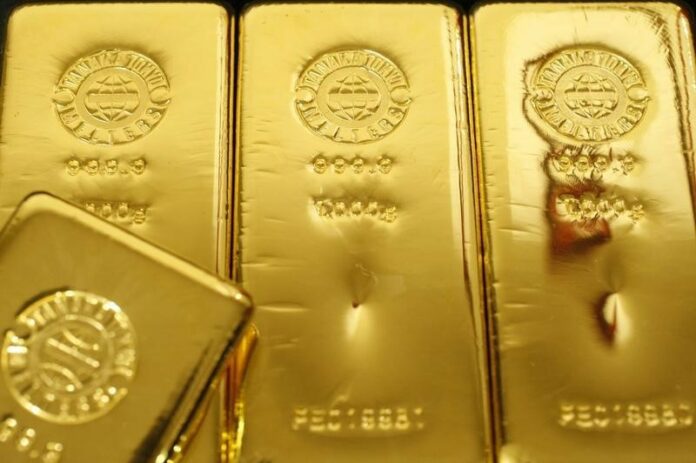 Gold Down A Touch Before US Election; Potential Volatility On Tuesday

© Reuters. Gold down slightly a day before US midterm elections

Investing.com – Just a day remains between gold hedgers and the US midterm elections, with a volatility spike likely before the vote that determines stability or complications for the Trump administration.

Speculation is rife that Trump and his Republican candidates will retain control of Senate in Tuesday’s election but could lose Congress to the Democrats, posing serious challenges to the president’s policies and remaining term in office.

Some investors have been getting into gold as a hedge should the stock market, which had its worst rout in nearly three years in October, tumble again on a Democrats victory. While recent activity in gold has hardly reflected heightened buying, some think Tuesday’s trade will break the flatline trend.

“There could be a surge in buying of short term puts as well as calls of gold and silver options ahead of the election results, by people hoping to cash in on a strong move in volatility in either direction,” said Walter Pehowich, executive vice-president at Dillon Gage Metals in Addison, Texas.

“A dislocation in gold and silver volatility could occur when the news is released and could offset the premium paid on the losing side and make significant profits on the winning side. But this strategy can back back fire on the traders if the market doesn’t move at all. Worst of all, they know what their risks will be — just the cost of their premium investments,” added Pehowich.

Since Sept. 21, gold has ended each week higher, posting a cumulative 3.5% for the past five weeks.

Despite the threat of higher interest rates – with the Federal Reserve signaling this year’s fourth hike likely in December – gold has managed to stay above the $1,200 level that’s critically-important for the psyche of market bulls.

The , a contrarian bet to gold, was down 0.25% at 96.10 by 3:00 PM ET (20:00 GMT). Currency traders expect the greenback to remain flighty this week ahead of a policy statement expected from the Fed on Thursday after its monthly meeting.

The protracted US-China trade war has been another pillar of support for gold.

Trump and China’s leader Xi Jinping are likely hold talks on the sidelines of this month-end’s G20 summit in Buenos Aires, but there is no certainty they will agree to a trade deal.