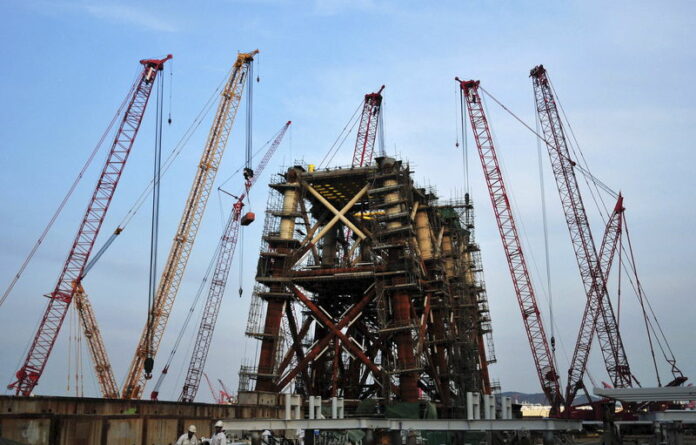 ABU DHABI (Reuters) – U.S. sanctions on Iran are unlikely to impact the oil market due to a glut in supplies globally, but Iran’s production capacity could be hit due to a possible squeeze in investments, the head of research at Abu Dhabi Investment Authority (ADIA) said.

Big producers such as Saudi Arabia, Russia, the United States and others have enough capacity to ensure global supply, analysts at ADIA and Citigroup (NYSE:) said.

“You can’t exclude spikes but basically there’s too much oil in the world and that will prevail in the long-term,” Christof Ruhl, head of global research at ADIA said on the sidelines of a financial conference in Abu Dhabi.

“The system has already shown that there’s ample surplus capacity in the world to more than meet the amount of oil taken out of Iran for the time being,” said Ed Morse, managing director & global head of commodities research at Citi.

There is significant production coming out of the United States, Canada, Brazil and Middle Eastern countries, he said.

Citi’s outlook for prices is strong prices of $80 a barrel through the winter and then with coming production will end 2019 at $64-$65.

This group takes as much as three-quarters of Iran’s seaborne oil exports, trade data shows, meaning Iran will still be allowed to export some oil for now.

Iran’s crude exports could fall to little more than 1 million barrels per day (bpd) in November, roughly a third of their mid-2018 peak. But traders and analysts say that figure could rise from December as importers use their waivers.

When production declines, it damages fields and capacity and that is more important in the medium to long term, said Ruhl.

“It is not going to help the sector, it means pulling out investments, it means financial isolation, declining exports and revenues and potentially declining production,” he said, adding that it depends on how stringently the sanctions are executed.

Iran’s ability to store is crucial to keep production up rather than its ability to sell in the short term, said Ruhl.