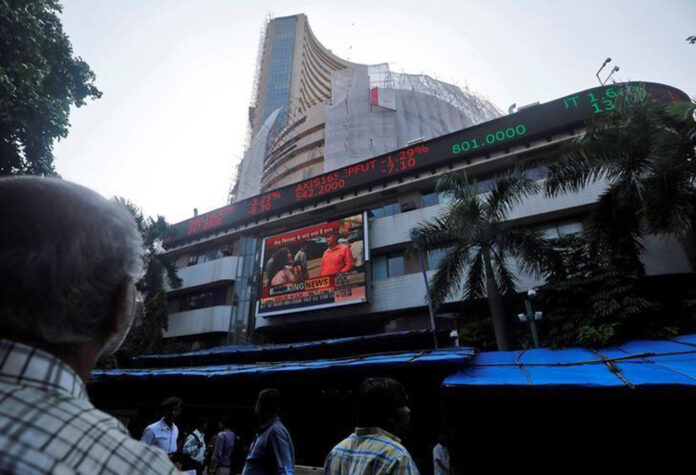 Broader Asian shares were supported by gains on Wall Street although the trading sentiment was tempered ahead of the U.S. midterm elections, the first major electoral test of President Donald Trump’s big tax cuts and hostile trade policies since assuming office.

In India, Jaguar Land Rover-owner Tata Motors Ltd led the gains, rising as much as 5.4 percent to a four-week high after data https://www.smmt.co.uk/vehicle-data/car-registrations  from a UK auto trade association showed a surge in Jaguar registrations in October.

GAIL (India) Ltd extended gains into a third session, climbing 2.7 percent to its highest since Oct. 3. The state-run gas utility on Monday posted a 50 percent jump in second-quarter profit, and brokerages raised their target price on the stock.

Oil-to-retail conglomerate Reliance Industries’s stock, up 1.7 percent, was the biggest boost to the NSE index.

Heavyweight IT stocks contributed to the gains, with shares of TCS rising as much as 2.4 percent.

Meanwhile, shares of country’s largest lender State Bank of India, which climbed in the previous session after reporting solid quarterly results, were down 2.3 percent.

Miner Vedanta Ltd, which started trading ex-dividend in the session, was the top percentage loser on the index. The stock fell as much as 6.9 percent in its sharpest intraday drop in nearly four weeks.

Shares of Cipla Ltd, India’s second-largest drugmaker by market capitalisation, stretched losses to the fourth straight session, falling as much as 5.3 percent to their lowest since June 5.

The company on Monday reported quarterly profit that missed estimates, and warned of headwinds in the second half of the year.