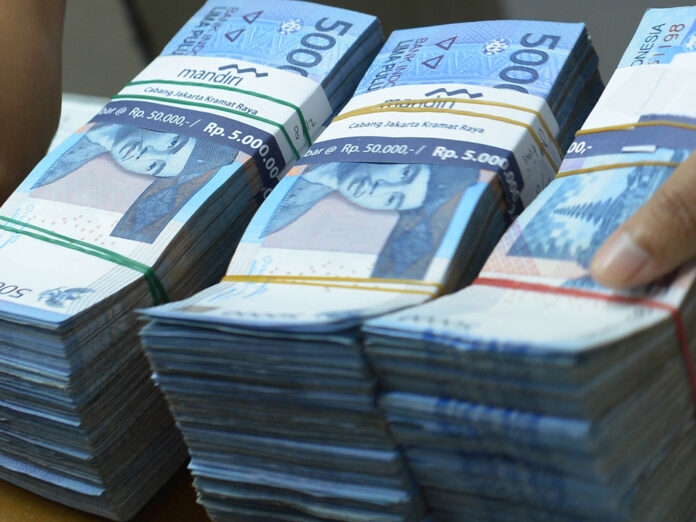 Indonesia’s rupiah surged over 1 percent on improved dollar liquidity thanks to recent government bond issuance, while most other Asian currencies stuck to a tight range as caution kicked in ahead of the U.S. mid-term elections.

The rupiah rose 1.1 percent versus the dollar and touched its strongest in more than six weeks during the session.

Fakhrul Fulvian, an economist with Trimegah Securities in Jakarta, said a $750 million bond issue by state-owned oil and gas firm PT Pertamina (Persero) had pumped dollars into the market.

This helped strengthen the currency, pushing it below the psychologically key 15,000 level to the greenback. The embattled rupiah has gained about 1.5 percent since the bond issue last week.

“Recent gains in the currency suggest Bank Indonesia (BI) is likely to stay on hold at its meeting next week,” ANZ said in a note on Monday.

The rupiah has declined about 8.6 percent this year and had prompted the central bank to curb some imports as well as hike its key interest rate several times this year to shore up the currency.

China’s yuan flitted within range and was 0.1 percent higher at 0532 GMT.

Polls widely predict a split Congress in U.S. midterm elections later in the day, seeing the Democratic Party winning the House of Representatives but Republicans holding the Senate.

Analysts said a Democratic Congress could roll back some of the current trade policy measures and help emerging currencies.

Taiwan’s dollar inched down 0.1 percent, ahead of the country’s October headline inflation rate which is expected to decrease, according to a Reuters poll.

The Korean won was also marginally lower at 1123.90 to the dollar, while Thailand’s baht weakened 0.1 percent.