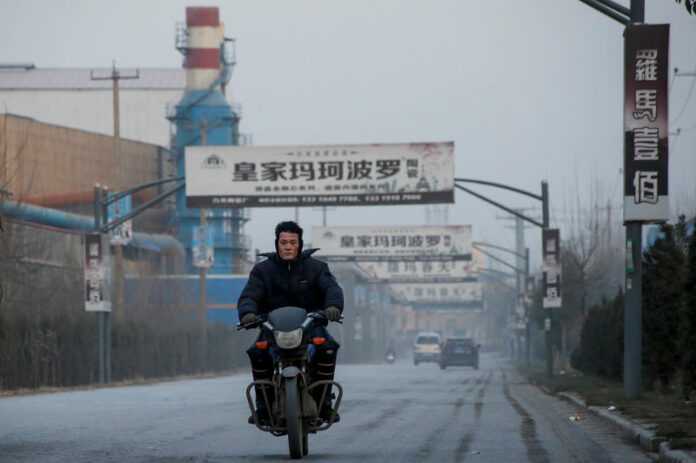 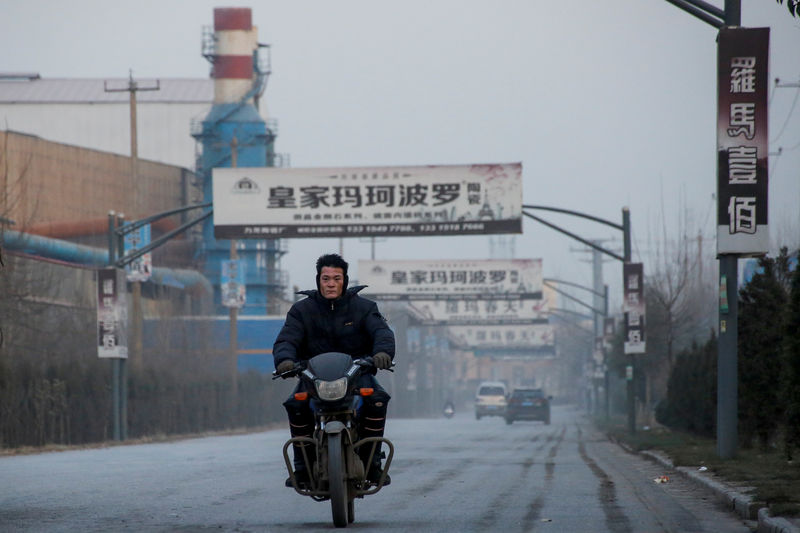 BEIJING (Reuters) – An unprecedented convergence of economic stresses this year is weighing on China’s once vibrant private sector, compelling some entrepreneurs to question the effectiveness – and true intent – of Beijing’s policies.

Some of the millions of struggling private firms are worried Beijing is more focused on supporting giant state-owned enterprises (SOEs), even as China celebrates the 40th anniversary of landmark economic reforms that rekindled entrepreneurship in the communist country.

In a meeting with entrepreneurs aired on national TV last week, President Xi Jinping threw his backing behind private companies, pledging tax cuts and an equal business environment for all firms. He also reaffirmed financial support for the sector.

But Xi also reiterated his defense of the state sector, saying reforms and tighter supervision of state firms will help protect state assets that belong to all Chinese people.

“The long-term pressure will be very big, because it’s obvious that large enterprises will have more and more advantages, and small firms can only be ‘eaten up’ or go bankrupt,” said Bi Jiacheng, manager at Nantong Kunstronger Labor Protective Products Co, which makes protective gloves in eastern Jiangsu province.

“Private firms provide most jobs and stable taxes, that’s why the state needs to stabilize the private sector.”

With economic growth slowing and Beijing cracking down on riskier forms of borrowing, China’s private sector is grappling with a financing crunch that has pushed some firms into distress.

So far this year, at least 40 listed private firms have announced stake sales to state firms on the back of financial stresses worsened by the stock market rout, according to state media.

Private firms say they have also lost out to SOEs as environmental inspectors shut small factories in the name of cutting pollution, while many exporters are vulnerable to the trade war with the United States.

Faced with uncertainties, some private firms have chosen to maintain the status quo, rather than expand.

“Private enterprises should not consider ‘bigger and stronger’, but consider ‘doing stronger in the middle’, because if they are bigger, it’s necessary to consider the relationship between the state, society and government,” said Sam Yu, general manager at MENTECHS, a maker of industrial equipment in Jiangsu province’s Changzhou city.

One private ceramics manufacturer said his firm was forced to relocate operations from Zibo in eastern Shandong province after a big industrial restructuring saw many local private firms shut down in a pollution and regulatory crackdown.

Another owner of a company supplying food to the transportation industry complained his business had shrunk due to cannibalization from the state sector.

In the past, food for passengers was mainly manufactured by private companies, but nowadays SOEs dominate he said, declining to be named for fear of retribution.

China’s State Council Information Office, the government’s public relations arm, and the National Development and Reform Commission, the top state planner, did not immediately respond to Reuters’ requests for comment.

For much of the past three decades, private firms have flourished as China opened up its economy. Then in the last global financial crisis, SOEs staged a comeback thanks to Beijing’s massive stimulus – a shift popularly known as “the state sector advances, the private sector retreats”.

Vice Premier Liu He said in October that talk of the advance of SOEs at the expense of private firms was “one-sided” and “wrong”. State-owned banks and enterprises were helping and even restructuring private firms facing financial stress, he argued.

Given its focus on stability, Beijing does not want to see unhappiness among private firms widening, potentially galvanizing labor activism or strengthening efforts at unionization.

“China’s private economy can only grow and not be weakened. Not only can it not exit from the stage, it must move toward a bigger stage,” Xi said last week.

Policymakers have in recent months unveiled measures to lower financing costs, cut taxes and fast-track more infrastructure projects, although analysts say such modest stimulus may take time to put a floor under the slowing economy.

China’s manufacturing sector barely grew in October, while the services sector crept close to the line that divides growth from contraction.

While new bank loans have risen this year, other “shadow” lending has shrunk, weighing on the capacity of smaller private firms to grow and prosper.

“We can see some results in the short term given the central government has sent out strong signals and taken strong measures to support small and private firms,” said an adviser to the government.

“But this is not enough. Over the long term, we need to look at fundamental ideas and fundamental reforms – how to deal with the relationship between SOEs and private firms.”