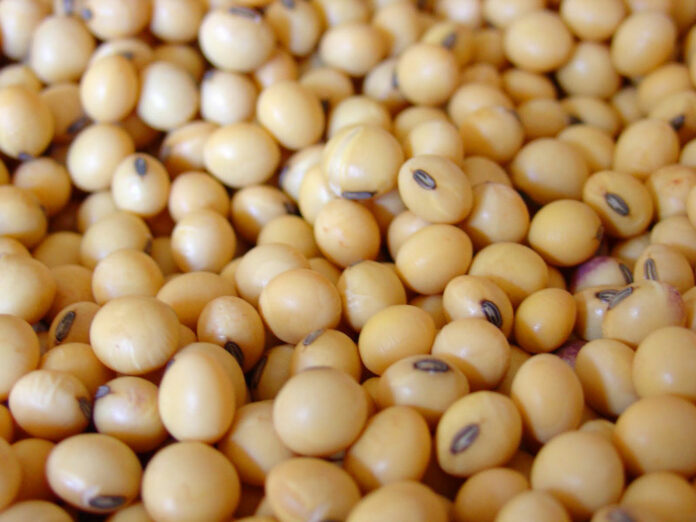 SINGAPORE: Chicago soybeans ticked higher on Tuesday as the latest comments from Chinese authorities raised hopes Beijing is committed to resolve its trade dispute with Washington.

Corn edged lower after climbing to its highest in nearly three weeks on Monday, driven by expectations the US Department of Agriculture will reduce its production estimate.

China is ready to hold discussions and work with the United States to resolve trade disputes because the world’s two largest economies stand to lose from confrontation, Vice President Wang Qishan said on Tuesday.

“There is hope and that is why the soybean market is holding up,” said one India-based agricultural commodities analyst. “But any further gains will depend on what concrete steps the two countries take to ease tensions.”

Soybean exports from the United States, the world’s second largest supplier, to China, the No. 1 buyer, have come to a halt as a result of the trade war.

After the market closed on Monday, the US Department of Agriculture said 83 percent of the soybean crop had been harvested as compared with 72 percent a week ago but below the average pace of 89 percent.

The agency said 76 percent of the corn crop had been harvested, up from 63 percent a week ago and not far from the average pace of 77 percent.

The USDA will issue its latest monthly supply-and-demand report on Thursday and analysts expect the government to lower its forecast of US corn yield, production and 2018/19-ending stocks.

In addition to crop losses, US farmers are finding increased levels of a plant toxin known as vomitoxin in this year’s corn harvest, adding insult to injury for growers already suffering due to the US-China trade war.

Analysts also expect the USDA to lower its US soybean yield estimate, but raise its forecast of 2018/19 soy ending stocks.