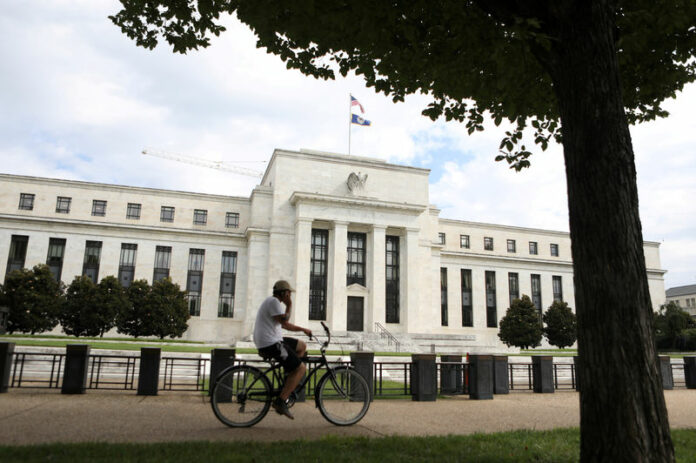 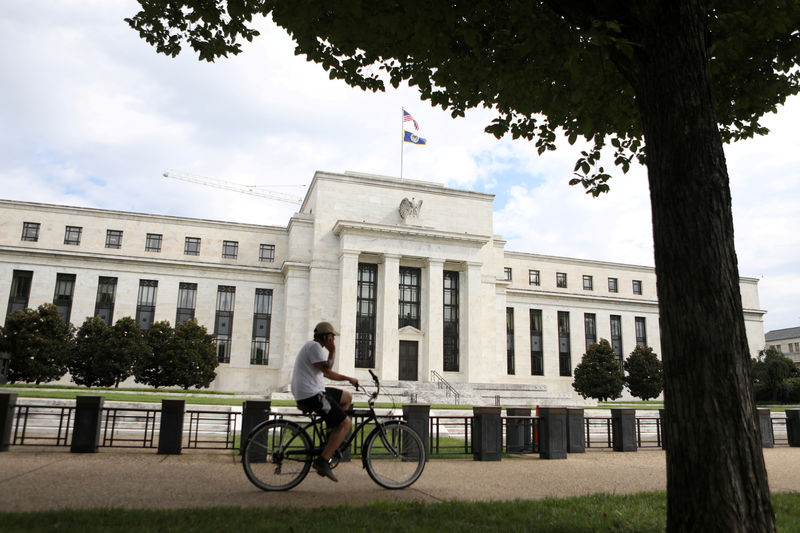 WASHINGTON (Reuters) – The U.S. Federal Reserve began its policy meeting on Wednesday facing a shifting political landscape but little in recent economic data to alter plans for an interest rate increase in December and more to come next year.

The Fed is not expected to raise rates at its two-day session that ends Thursday, a meeting that follows a renewal of volatility in stock prices, tightening credit markets, and a spreading expectation that the U.S. economy will slow next year.

The Fed’s policy statement is scheduled to be released at 2 p.m.(1900 GMT) on Thursday, and analysts do not foresee major changes. The meeting began as scheduled on Wednesday at 1 p.m. (1800 GMT), a Fed spokesperson said.

The Fed could flag a possible slowdown in the housing market and a dip in business investment as reason to think growth is ebbing. At the same time employment gains since the Fed’s September meeting have been solid, as has household spending.

Data released in late October showed the U.S. economy grew at a 3.5 percent annual rate in the three months from July through September, well above the roughly 2 percent annual growth pace that the Fed and many economists regard as the underlying trend.

The Fed will not release updated economic forecasts at this meeting, which is the last one with no press conference scheduled. Beginning in December, Fed Chairman Jerome Powell has pledged to hold a press conference after each of the Fed’s eight regular policy meetings each year compared to the current practice of one per quarter. Powell as part of his chairmanship has said he wants to boost public understanding of what the Fed does and talk about it in simpler terms.

Fed meetings are typically held over a Tuesday and Wednesday, but this time were delayed a day because of the midterm congressional elections on Tuesday.

The results of those polls, which gave the Democratic Party control of the House of Representatives and strengthened Republicans’ majority in the Senate, could be as much a focus of internal discussion as an economy that for now is chugging along. U.S. equity markets were up 1.5 percent to more than two percent on Wednesday on the election results.

The Democratic Party’s new majority in the House means a new chair for the House Financial Services Committee that oversees the Fed, likely to be California representative Maxine Waters.

Waters is among the congressional leaders Powell has spoken with in his first months in office as part of an effort to rebuild congressional relations frayed by years of Republican criticism of the Fed’s policies during and after the 2007-2009 financial crisis.

While Waters is likely to zero in on financial regulatory issues more than on monetary policy – she has criticized in recent hearings proposals to loosen the rules for some banks – she may also push Powell on issues like income inequality and the economics of poverty that were given more frequent attention by his predecessor, former chair Janet Yellen.

In recent hearings, she has also tried to draw out Powell, appointed by President Donald Trump, on the “chaos” created by the Trump administration’s housing, trade and other policies.

As far as Thursday’s Fed statement goes, however, the chief issue for policymakers may be how to frame their view of an economy possibly reaching an as-good-as-it-gets plateau as the stimulus of tax cuts and increased spending during Trump’s first months in office begins to fade.

“The U.S. economy is looking more late cycle. You are seeing a slow-motion cleaving of price and activity. Prices are turning up and activity is starting to slow,” TS Lombard chief U.S. economist Steve Blitz said. “Sometime next year Powell will face the choice. Chase prices or react to slower growth.”