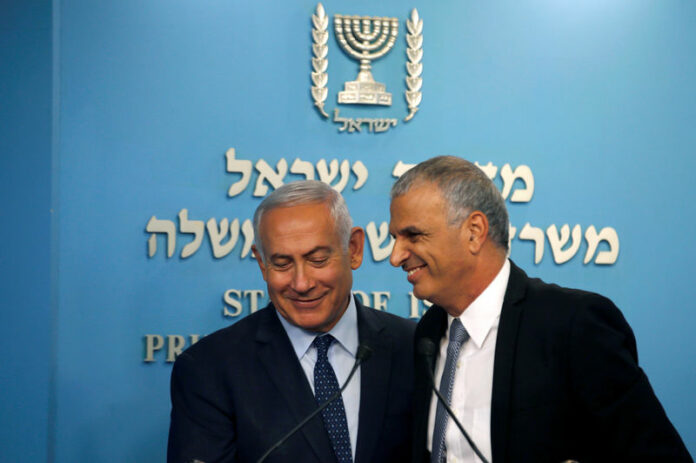 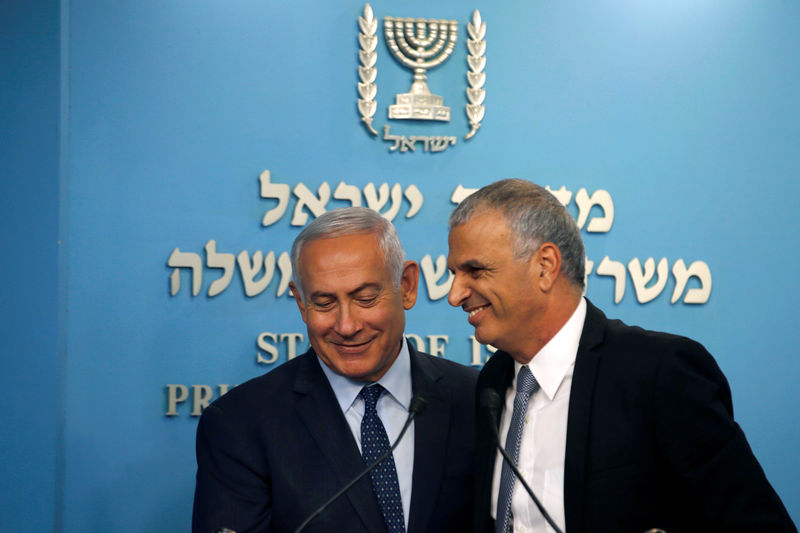 © Reuters. FILE PHOTO: Israeli Prime Minister Netanyahu and his Finance Minister Kahlon smile during a news conference announcing the appointment of the new Bank of Israel Governor, in Jerusalem

JERUSALEM (Reuters) – Israel’s finance minister on Wednesday brushed aside concerns about a growing budget deficit and said he would not raise taxes to help balance the books despite pressure from the central bank.

Israel’s budget deficit in the past 12 months rose to 3.6 percent of gross domestic product in October, well above a target of 2.9 percent target. Data this week also showed tax income in the first 10 months of 2018 had fallen from the same period last year despite stronger economic growth.

Pressure to boost public spending is likely to increase in the run-up to a national election scheduled for next November, further fanning concerns about the deficit.

“Israel’s economy is stronger than ever… I pledge that the deficit will not deviate significantly (from the target),” Finance Minister Moshe Kahlon said, adding he was sure the deficit would near the target in the last two months of 2018.

“There is pressure from many groups in the economy, including the Bank of Israel, to raise taxes. There is no need to raise taxes,” he told reporters.

Kahlon, who has cut value-added tax and corporate tax, has openly feuded with the central bank over fiscal policy.

Outgoing Bank of Israel Governor Karnit Flug has repeatedly urged the government not to lower taxes. She has argued that unusually high tax income in the past two years came mostly from one-off events and has said the government will not be able to meet its spending commitments.