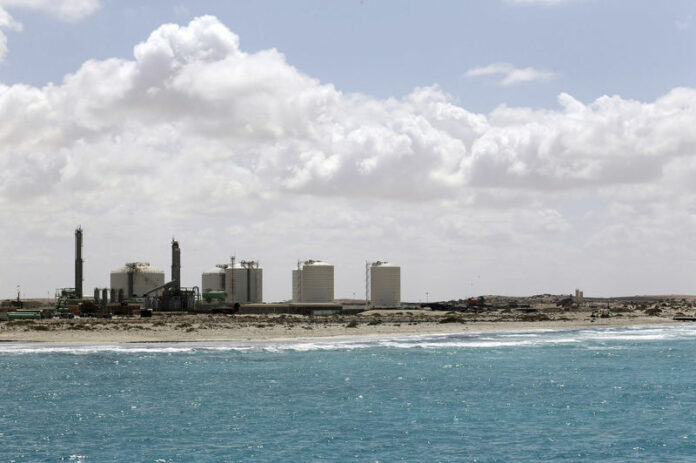 © Reuters. FILE PHOTO – A general view of the Zueitina oil terminal is seen in Zueitina

SINGAPORE (Reuters) – Oil prices dipped on Thursday as record output heightened concerns of a return of global oversupply, stoking talk from within OPEC that production curbs may become necessary once again to prevent a glut.

A group of producers around the Middle East-dominated Organization of the Petroleum Exporting Countries (OPEC) as well as Russia decided last June to relax output curbs in place since 2017, after pressure from U.S. President Donald Trump to reduce oil prices and make up for supply losses from Iran.

But with Iran sanctions now in place and oil still in ample availability, OPEC-led production cuts next year cannot be ruled out, two OPEC sources said on Wednesday.

“OPEC and Russia may use cuts to support $70 per barrel,” said Ole Hansen, head of commodity strategy at Saxo Bank.

“The introduction of U.S. sanctions earlier this week against Iran failed to lift the market given the announcement that eight countries, including three of the world’s biggest importers, would receive waivers to carry on buying Iranian crude for up to six months,” Hansen said.

THE ONLY WAY IS UP?

At the heart of rising global output has been a relentless increase in U.S. crude production, which hit a record 11.6 million barrels per day (bpd) in the week ending Nov. 2, according to Energy Information Administration (EIA) data released on Wednesday.

That’s a threefold increase from the U.S. low reached a decade ago, and a 22.2 percent rise just this year. It makes the United States the world’s biggest producer of crude oil.

More U.S. oil will likely come. The EIA expects output to break through 12 million bpd by mid-2019, thanks largely to a surge in shale oil production.

Crude stocks moved back above their five-year average levels in October.

Production has not just risen in the United States, but also in many other countries, including Russia, Saudi Arabia, Iraq and Brazil, stoking producer concerns of a return of oversupply that depressed oil prices between 2014 and 2017.

“Producers are concerned about the potential oversupply … after EIA reported that crude inventories rose by 5.8 million barrels,” said Stephen Innes, head of trading for Asia-Pacific at futures brokerage Oanda in Singapore.