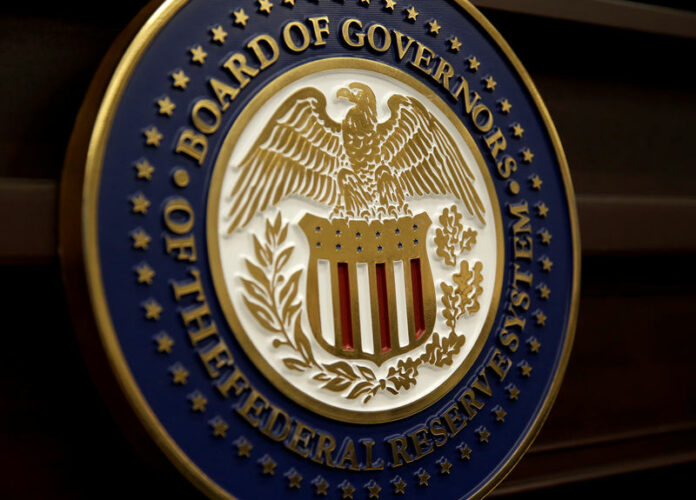 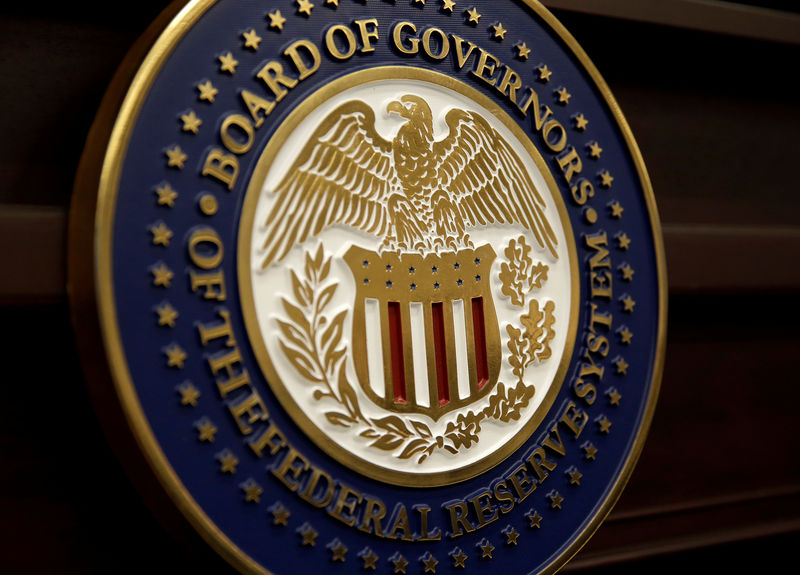 © Reuters. FILE PHOTO: The seal for the Board of Governors of the Federal Reserve System is displayed in Washington

WASHINGTON (Reuters) – Top U.S. Federal Reserve officials say a strong economy will likely keep their rate increase plans intact, but on Monday a key signal began to waver that may intensify debate about whether conditions are as solid as they seem.

The gap in interest rates between 2-year and 10-year Treasury securities narrowed to its smallest in more than a decade, dipping below 0.15 percentage point.

That gap, or “spread,” is regarded as a particularly important benchmark among some central bank officials for gauging recession risk and weighing investor doubt about the future.

Investors typically demand higher yields to commit money for longer periods of time. When short-term yields move higher it can imply doubts about the immediate future. An inversion of the yield curve has preceded past recessions.

In fact, one section of the yield curve has already inverted: between 3-year and 5-year notes. The spread between the two dropped to negative 0.01 percentage point on Monday, the first time that has happened since 2007.

After months in which concern about the yield curve had eased, its sudden narrowing on Monday could disrupt what had seemed a strong consensus at the Fed to continue raising rates through 2019.

The yield curve “tells me that it’s wise to be patient here,” Kaplan told Reuters in Laredo, Texas where he is meeting with business leaders and bankers. Kaplan, a former Goldman Sachs (NYSE:) banker who says he looks at the yield curve several times a day, said Monday the narrow gap between two-year and 10-year Treasuries reflects expectations of sluggish global growth.

Along with the renewed narrowing of the yield curve, economists on Monday were parsing a conflicting set of new data. A survey of supply managers indicated manufacturing output would grow, but the same survey indicated weaker prices; meanwhile a decline in construction spending led some analysts to mark down their forecast for gross domestic product growth.

In separate remarks on Monday morning, Fed vice chair Randal Quarles said the central bank, while “data dependent,” was following a strategy that would not be thrown off course by “every wavering” of economic statistics.

That strategy has led the Fed to slowly but steadily raise interest rates, with a hike expected in December and three more next year.

“We should be data dependent but not reacting to every wavering of the needle across the dial…We have described in all the communications tools a path that is pretty clear,” Quarles said. “We are following a strategy and taking account of data over time as it comes in and in response to significant changes in direction.”

Even as the announcement of a “truce” in U.S.-China trade tensions appeared to ease one risk Fed officials had seen on the horizon, the action in the bond markets raised another.

Though it is not certain the narrowing in spreads is related to doubts about economic growth, alternate explanations would not necessarily be helpful to the Fed either. A drop in inflation expectations for example, another component in the interest demanded by investors to hold bonds, would be bad news for a central bank hoping to keep inflation anchored at 2 percent.

The yield curve had steepened sharply coming out of a September Fed meeting at which rates were raised, when the yield difference between two-year and 10-year Treasury securities widened from 0.22 percentage point to 0.34.

But since then, it has persistently declined, especially since the middle of last week, and now is at its narrowest since July 2007, on the eve of a steep recession.

The narrowing on Monday was driven by both a rise in yields on the two-year Treasury, and a decline in the 10-year, which since last week has struggled to stay above 3 percent.

The term premium refers to the higher interest rate investors typically demand to commit money for longer periods of time.

The outlook for U.S. growth, by contrast, he said remained strong.

While Fed officials have begun pointing to “headwinds” from slowing global growth and other risks, it won’t be clear how much this has changed their outlook until they issue fresh economic projections after the Dec. 18-19 policy meeting.