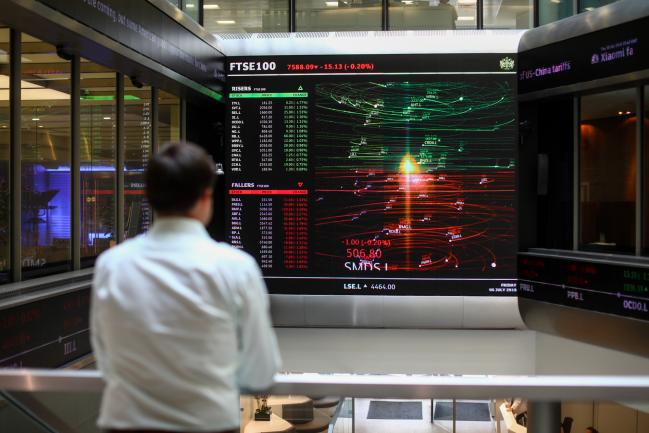 (Bloomberg) — U.K. derivatives-clearing giants including a unit of London Stock Exchange Group (LON:) Plc are pushing the European Union to guarantee that they’ll be able to continue serving the bloc’s biggest banks in the event of a no-deal Brexit, according to people with knowledge of the firms’ positions.

The European Commission, the EU’s executive arm, has to provide legal certainty on the clearing of trillions of dollars of derivatives contracts before Christmas or the U.K. firms will have to notify their EU members to close out their positions, two of the people said. That echoes the Bank of England’s call for the EU to spell out its plans by mid-December.

The commission wrote to LSE, Intercontinental Exchange Inc. and the London Metal Exchange last week to assure them that all the necessary measures will be in place and effective on March 30, the U.K.’s first day outside the EU. “These efforts adequately address the identified potential risks” and “remove any legal argument” about the need for clearing members to close out positions, according to one of the emails seen by Bloomberg.

The emails didn’t provide the legal certainty that the the U.K. clearinghouses need, the people said. Ideally, they’d like to have an official decision on the books this month, the people said, requesting anonymity to discuss the private talks with the commission.

Spokespeople for LSE, ICE (NYSE:), LME, the European Commission and the BOE, which supervises the clearinghouses, all declined to comment.

Clearinghouses such as LSE’s LCH Ltd. stand between the two sides of derivatives trades and hold collateral from both in case a member defaults. LCH’s dominance of euro-derivatives clearing made the issue a flash point in the Brexit talks, as EU politicians said more of that lucrative activity should take place within the single market.

The clearinghouses say they need an ironclad guarantee because their own rules require them to give three months’ notice to members before they stop providing services. Since Brexit is scheduled for March 29, the firms’ real deadline comes at the end of this month.

“Clearinghouses are in a difficult situation,” said Pauline Ashall, a partner at Linklaters. “U.K. clearinghouses will put as much pressure on to ensure the process is expedited. It’s in no one’s interest for EU clearing members to be kicked off” U.K. clearinghouses, she said.

EU clearing members have over-the-counter derivative contracts with U.K. clearinghouses with a gross notional value of 60 trillion pounds ($76 trillion), 45 trillion pounds of which will mature after March, according to the BOE. For example, Deutsche Bank AG (DE:) connects to LCH and LME Clear in this way, said two of the people. A Deutsche Bank spokesman declined to comment.

Without a fix, EU banks won’t legally be able to clear contracts in London after a disorderly divorce, the central bank has said.

In the letters to clearinghouse executives, the commission said an equivalence decision covering U.K. clearing “will be adopted in time to apply from the date of the U.K.’s withdrawal from the EU.” The letter explains that this is the “first date” on which equivalence could be formally granted, since the procedure only applies to non-EU countries.

Equivalence — a judgment that a non-EU country’s rules and supervision are as robust as the EU’s — is part of the procedure the bloc uses to grant foreign firms access to the single market. Firms must also gain “recognition” from the EU markets regulator. In the letters, the commission said these recognition decisions will also be ready for Brexit day.