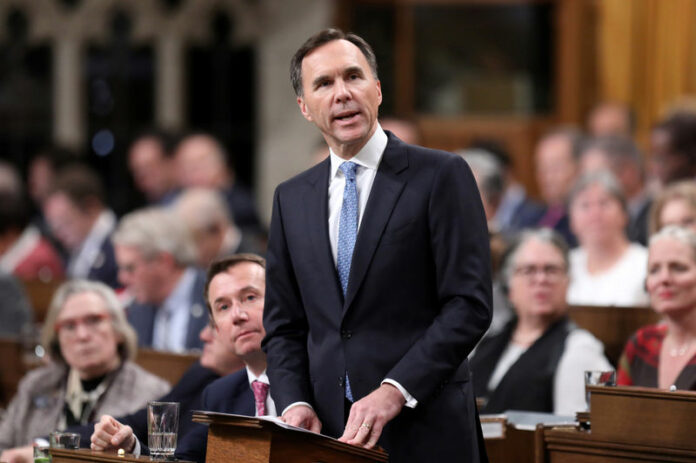 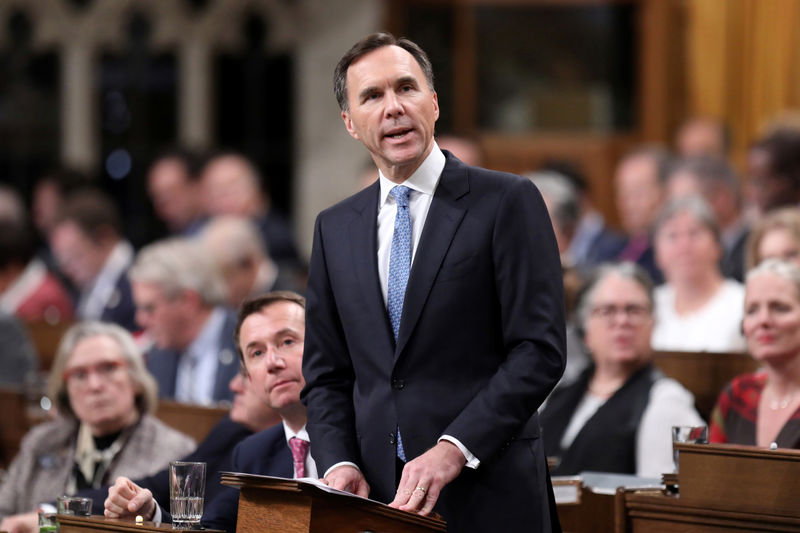 OTTAWA (Reuters) – Canada takes U.S. President Donald Trump’s comments about pulling out of NAFTA seriously and has no indication when the White House might act, Finance Minister Bill Morneau said on Monday.

Morneau, speaking to a New York event arranged by Politico, also said it was clear that a negotiating process was starting in the United States which he hoped would lead to Congressional ratification of a new pact designed to replace the North American Free Trade Agreement.

Trump said on Saturday he would give formal notice of his intention to terminate NAFTA, giving six months for lawmakers to approve the new U.S.-Mexico-Canada Agreement (USMCA).

The Democrats, who say the USMCA has some shortcomings, take control of the U.S. House of Representatives next month. If Trump pulls out of NAFTA and the House rejects the new pact, it could deal a major blow to North American free trade.

“We are starting to see the beginnings of the negotiation process in the United States that will – we hope – get to a ratification of the deal,” said Morneau, saying Canadian officials would be talking to all those involved.

Asked about Trump’s comments, a spokesman for Canadian Foreign Minister Chrystia Freeland said “this is part of the U.S. ratification process” but declined to comment further.