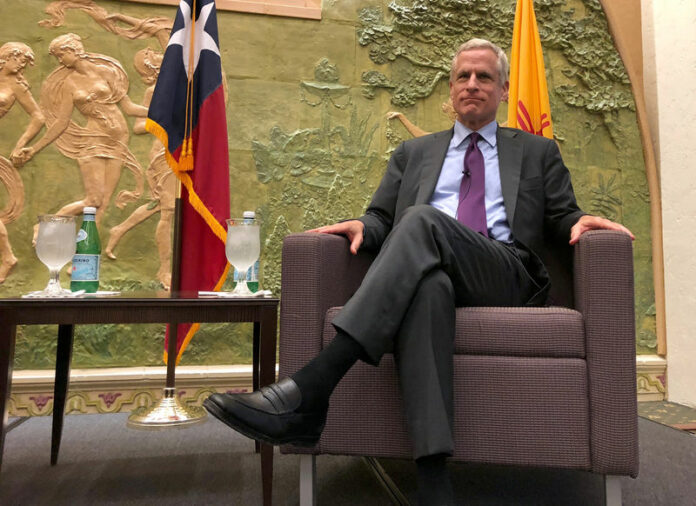 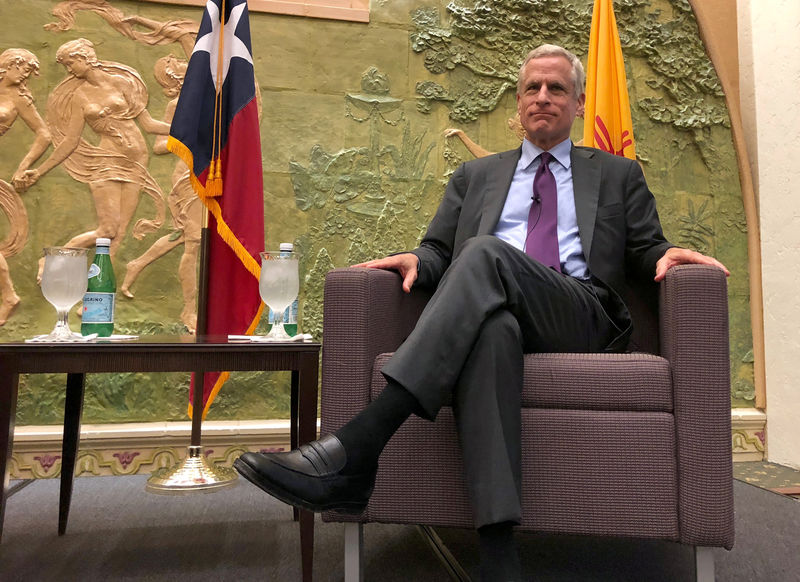 LAREDO, Texas (Reuters) – A U.S. central banker on Monday flagged his worries about growth prospects ahead and called for the Federal Reserve to be patient on further interest rate hikes.

“I keep attuned to the idea that it’s very possible that by the middle of 2019 the economy may look very different than it does today, and because of that I think it’s wise to be patient in our actions,” Kaplan told Reuters in an interview in Laredo, Texas, where he is meeting with local business leaders and bankers.

Fiscal stimulus has bumped up growth this year but will fade next year and in 2020, Kaplan said. And while the U.S. and China trade war for now has stopped escalating after a weekend detente between the two countries, many U.S. firms are already seeing their costs rise from tariffs, hurting profits, Kaplan said.

“I want to be a little more patient in here, or be patient in here, and see how things unfold,” he said. “Our tools are asymmetrical, meaning, it’s easier to tighten than to ease; and I’m also very sensitive to the fact that in the next downturn, or slowing, because we are very highly leveraged at the federal government, we may have less capacity for fiscal policy than we had in the past.”

Despite a nearly uninterrupted two years of quarterly interest-rate hikes by the Fed, the U.S. economy is growing faster than most economists think can last and unemployment, at 3.7 percent, is well below what they think is sustainable.

Policymakers have in recent weeks sent conflicting signals on how much further rates should rise, with Fed Chair Jerome Powell last week signaling what appeared to be a go-slow approach, after the prior month appearing to support a more aggressive strategy.

“I don’t think people should be confused by our message,” Kaplan told Reuters. “We’ve tried to be as transparent as possible, and I am, about my thinking and I think others have too. I think what they are hearing, which is not confusing, is we are going to be vigilant. Some have used the term data-dependent; I’ve used the term patient.