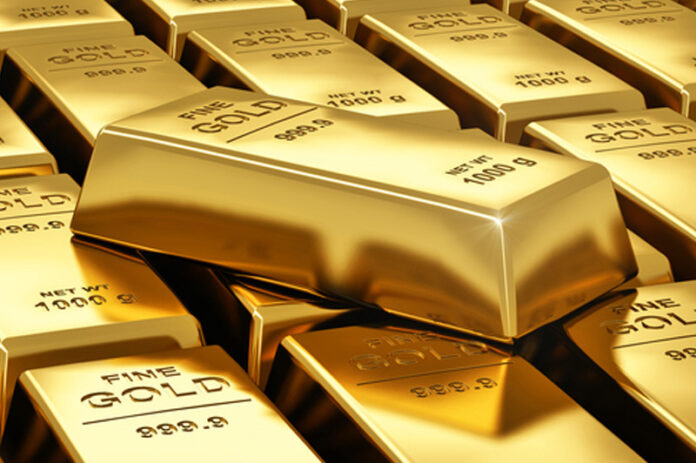 Investing.com – As expected, U.S. President Donald Trump couldn’t conclude his dinner with Chinese President Xi Jinping without giving Wall Street something to cheer about. And the resultant delay in new tariffs on China bumped up not just equities on Monday, but also gold, which hit five-week highs at the dollar’s expense.

Benchmark COMEX for February settled up $13.60, or 1.1%, at 1,239.60 per troy ounce, reacting to news flashes since Saturday out of the G20 in Buenos Aires that Washington has agreed to a 90-day ceasefire in its trade war with Beijing as the two states try to cobble together a pact to end their months-long acrimony over market access.

It was COMEX gold’s biggest one-day advance since Nov. 1. The session high at $1,240.40 was the loftiest level for futures of bullion since Oct. 26.

The was down by 0.3% to 96.95 by 2:15 PM ET (19:15 GMT) as the delay in trade hostilities between the two sides took some wind out of the greenback, which in recent months had become a shadow safe haven to gold.

The dollar also lost its upward momentum in recent days on dovish signals from the Federal Reserve, which has indicated a possible pause in interest rate hikes after a widely-expected December increase.

Monday’s run-up in gold coincided with a 3% rally in , which jumped on expectations that OPEC will announce a cut later this week in its crude output. Most commodity prices rose on Monday on optimism that the Trump-Xi talks will open the floodgates for more raw materials demand from China, the world’s largest consumer of basic resources.

“Gold is now less worried about the Fed and is starting to see inflationary signs from crude, agriculture and non-tariffs,” said George Gero, precious metals analyst at RBC Wealth Management in New York.

Yet some remained skeptical that bullion prices would continue getting a strong bid in coming days.

“The big question on everyone’s mind is where do we go from here with gold?” industry executive and commentator Walter Pehowich asked in his precious metals note.

“In my opinion, I expected a significant sell off in the Dollar Index after the news and that just didn’t materialize. So for that reason, I don’t expect the price of gold to show a sustained rally at this time.”