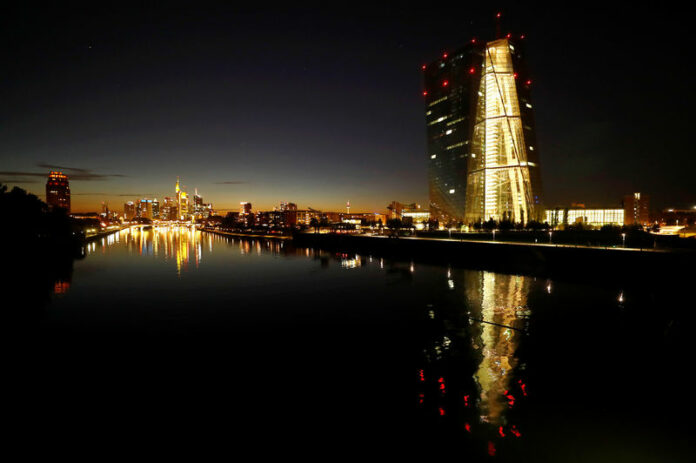 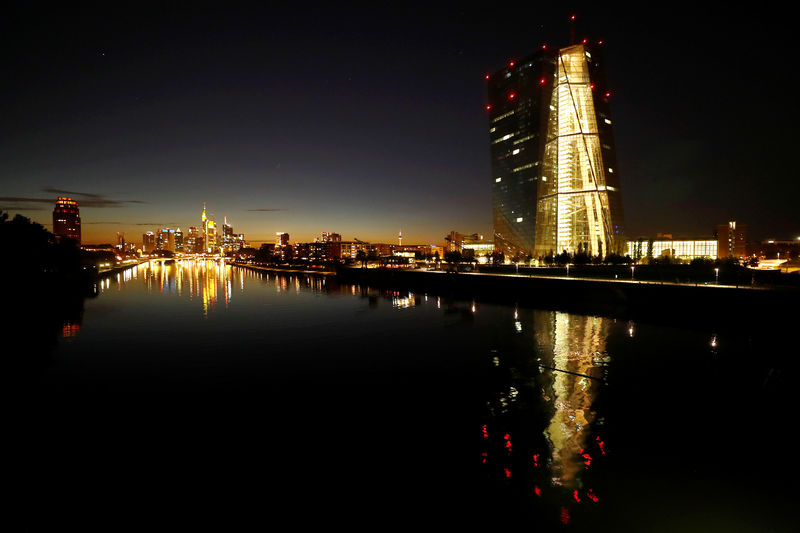 © Reuters. ECB HQ and skyline with its financial district are seen in Frankfurt

FRANKFURT (Reuters) – The European Central Bank would have to reduce its holdings of Italian, Spanish and French government bonds by nearly 90 billion euros if it strictly follows its new shareholder base, Reuters calculations on ECB data showed on Monday.

The ECB started to buy government debt in 2015 in a bid to revive inflation in the euro zone, with a pledge to divide up its holdings in proportion to how much capital each country had paid into Frankfurt’s coffers.

Some four years and 2 trillion euros later, the ECB has deviated significantly from this so called capital key, which was updated on Monday. The deviations were due to Greece and Cyrpus being excluded from the program and to a scarcity of bonds to buy in other countries.

Italy, Spain and France, which have large stocks of public debt, picked up most of that slack, ending up with some 36 billion euro, 28 billion euro and 24 billion euros worth of debt on the ECB books respectively more than they should, according to Reuters calculations including all euro zone countries.

These are based on the ECB’s new capital key, which was updated to reflect changes to the relative size of each country’s economy and population over the past five years, making the surplus purchases for Italy and Spain even bigger.

With the program drawing to an end, some policymakers on the ECB’s Governing Council have called for the stock of bonds to be realigned to the capital key, albeit gradually, sources told Reuters last week.

This would result in the ECB not rolling over some Italian, Spanish and French government bonds to replace them with paper from “underbought” countries such as Greece, Slovakia and Portugal among others.

With Greece and Cyprus still not part of the program and other debt markets illiquid, this may prove difficult or even impossible, however.

For this reason, and to avoid a big market impact, other policymakers want to maintain the ECB’s stock of bonds as it is, taking a snapshot on Dec. 31 and avoiding further deviation.

Others are advocating reverting to the previous capital key over several years.