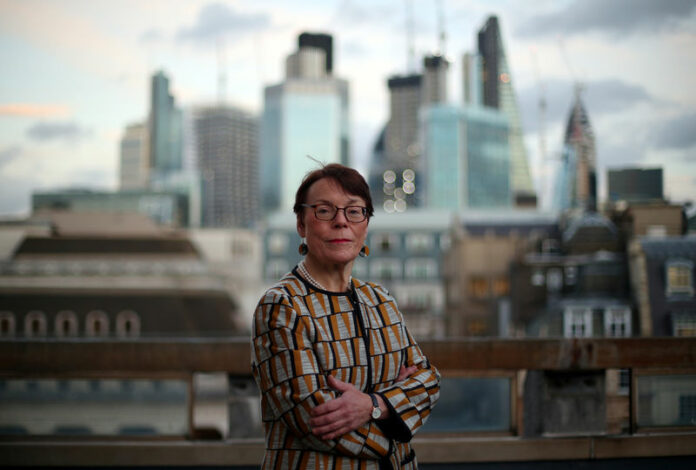 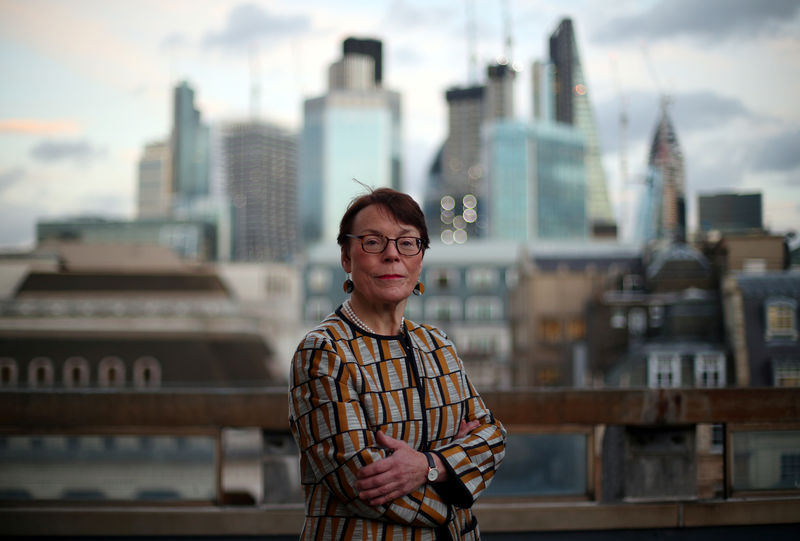 © Reuters. Catherine McGuinness, Chairman of the Policy and Resources Committee of the City of London Corporation, poses for a photograph in London

LONDON (Reuters) – Mismanagement of Brexit has made Britain the new “hot heads” of Europe and caused damage to its valuable financial services industry that will take at least a decade to repair, the City of London’s policy chief said.

Brexit poses the biggest challenge to the City since the 2007-09 global crisis as it will probably lead to banks and insurers losing full or partial access to the European Union, the world’s biggest trading bloc.

Catherine McGuinness said banks, insurers and asset managers in the “Square (NYSE:) Mile” financial district were pushing ahead with setting up new hubs in the European Union by March, without waiting to see if parliament votes through a divorce settlement.

The prospect of lawmakers voting through the deal first time next Tuesday appears slim, raising the likelihood of a “hard” Brexit which throws up greater trade barriers for financial firms.

“People realize it is going to be very turbulent whatever happens,” McGuinness told Reuters. “The worst-case scenario would be no-deal happening by accident or design.”

The City is exasperated with the uncertainty surrounding Brexit, which has hurt Britain’s image abroad and will take time to rebuild, she said.

“We do travel the world quite extensively and I do find people asking what is going on in the UK, saying ‘you used to be so statesman-like and rather boring, and now you seem to have become the hot heads and hot bloods of Europe’,” she said.

The uncertainty for Britain’s largest economic sector would continue, whether a transition deal starts next March or if Britain crashed out of the bloc, McGuinness said.

About 5,000-13,000 financial jobs are expected to have left Britain by Brexit Day with a further shift in staff and operations likely.

“We won’t know what we are going to look like for at least 10 years,” McGuinness said, adding that the City will remain a leading global financial center which adapts to create jobs in areas like fintech.

After a “standstill” transition is due to end in December 2020 – if approved – the sector faces more limited access to the EU’s financial market after an industry push for broader relations was rejected by Brussels.

Looking back over the period since Britain’s 2016 referendum in favor of Brexit, McGuinness said the sector underestimated how unified the EU would be and the other pressing issues the bloc faces.

“We forget it isn’t just an economic exercise for the EU27 but a major political one. It’s a lack of understanding on what the EU is seeking to achieve,” she said.

Some lawmakers have proposed that Britain could, temporarily at least, have close ties with the EU like Norway, but McGuinness said that becoming a “rule taker” or having to follow the bloc’s regulation without a say, would be divisive.

The financial sector also worries that if there is a general election to end political gridlock over Brexit, the opposition Labour Party could end up in government and introduce sweeping changes, such as tax on financial transactions.

“Overseas and business are looking very carefully at what announcements are being made and whether they are business-friendly or not,” McGuinness said.

“Anyone making policies needs to think very hard about priorities and jobs and growth, and what is best for the country.”