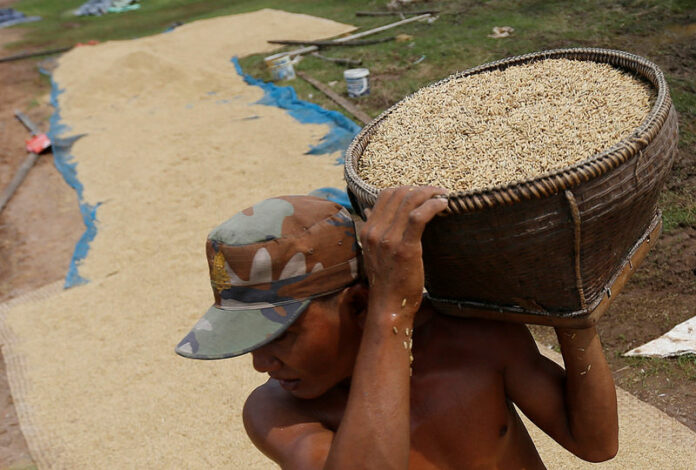 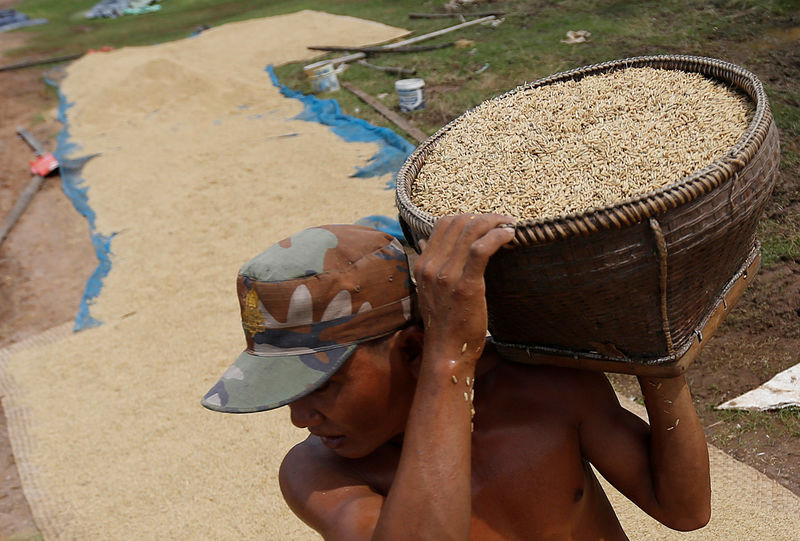 © Reuters. A man dries unhusked rice on a road in front of his home in Kampong Thom province

BRUSSELS (Reuters) – European Union countries failed on Tuesday to determine whether to impose tariffs on rice coming from Cambodia and Myanmar from the start of next year to curb a surge in imports, leaving the European Commission to take the final decision.

A majority of EU countries backed the introduction of “safeguard” measures for three years, but not the sufficient “qualified majority” formally required to clear them.

The European Commission, which oversees trade policy for the 28-member European Union, had proposed the measures and would normally still enact them when there is no decisive vote from member states.

“In the absence of an opinion by the committee, the Commission will take a decision on the application of the safeguard measures,” the Commission said in a statement.

The Commission’s proposal was to set a duty of 175 euros ($198.31) per tonne of rice in the first year, dropping to 150 euros in the second and 125 euros in year three, according to people familiar with the plan.

Cambodia and Myanmar benefit from the EU’s “Everything But Arms” scheme that allows the least developed countries to export most goods to the European Union free of duties.

Both countries already face losing their special access to the world’s largest trading bloc over their human rights records, although this potential sanction is separate from the rice safeguard measures.

The Commission opened an investigation into rice imports from the two countries in March following a complaint by Italy.

It found that a significant surge in imports had caused economic damage to the rice sector in Europe. Rice grows in eight southern European countries from Portugal to Bulgaria.

EU farming group Copa-Cogeca says that the two countries’ exports to the European Union of longer-grained Indica rice have increased from 9,000 tonnes in 2012 to 360,000 tonnes in 2017, resulting in a collapse of rice prices.