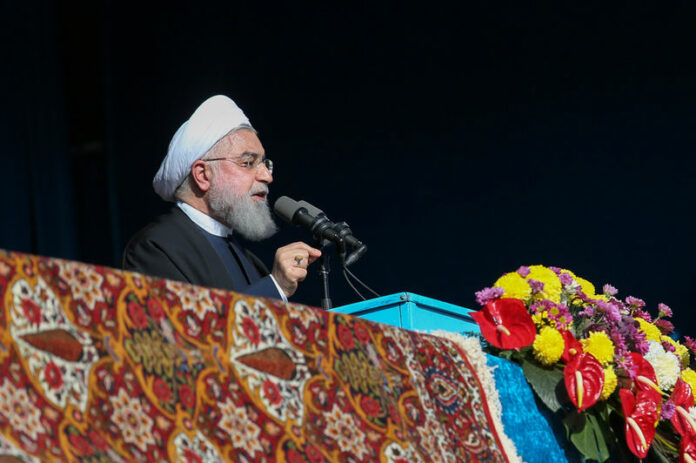 If Iran can’t export oil from Gulf, no other country can, Iran’s president says 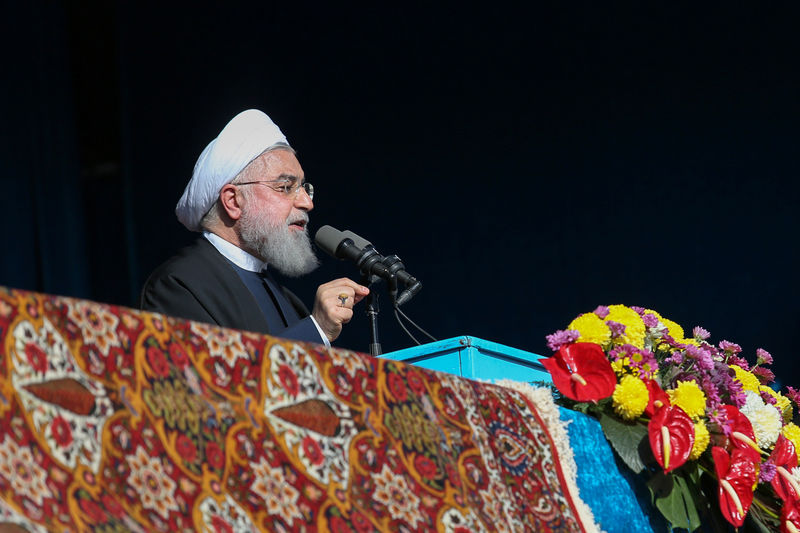 © Reuters. Iranian President Hassan Rouhani gives a public speech during a trip to the northern Iranian city of Shahroud

GENEVA (Reuters) – Iranian President Hassan Rouhani made an apparent threat on Tuesday to disrupt other countries’ oil shipments through the Gulf if Washington presses ahead with efforts to halt Iranian oil exports.

The United States has imposed sanctions on Iran and U.S. officials say they aim to reduce Iran’s oil exports to zero in a bid to curb the Islamic Republic’s missile program and regional influence.

“America should know that we are selling our oil and will continue to sell our oil and they are not able to stop our oil exports,” Rouhani said in a televised speech during a trip to the northern Iranian city of Shahroud.

“If one day they want to prevent the export of Iran’s oil, then no oil will be exported from the Persian Gulf,” he said.

Rouhani made similar comments in July.

Also in July, an Iranian Revolutionary Guards commander, Ismail Kowsari, was quoted as saying that Tehran would block oil shipments through the Strait of Hormuz lf the United States banned Iranian oil sales.

Tensions have risen between Iran and the United States after U.S. President Donald Trump withdrew from a multilateral nuclear deal in May and reimposed sanctions on the Islamic Republic.

Rouhani said the United States would not succeed in cutting Iran’s economic ties with the region and the world.

“The most hostile group in America, with relation to Iran, has taken power,” Rouhani said, according to the state-run Islamic Republic News Agency (IRNA). “Of course they never had a friendship with the people of Iran and we never trusted America or others 100 percent.”

Earlier, Foreign Minister Mohammad Javad Zarif denied a Reuters report that said a European mechanism to set up an account to trade with Iran and beat the newly reimposed U.S. sanctions may not cover oil sales, the Iranian foreign ministry website reported.

“Based on the information we have, it’s not so. Because if Iran’s oil money is not deposited into the account, it’s not clear that there would be any funds for trade, because oil is a major part of Iran’s exports,” Zarif said, according to the website.

“This appears to be propaganda aimed at discouraging people,” Zarif added.

France and Germany are to take joint responsibility for the EU-Iran trade mechanism, Reuters reported.

But the agency quoted diplomats as saying that, with U.S. threats of retribution for sanctions-busting unrelenting, the goals of the nascent trade mechanism could be scaled back to encompass only less sensitive items such as humanitarian and food products.

“When (Americans) say their target is the Iranian government and there won’t be pressure on the sick, the elderly and the weak in society, it’s a lie,” Jahangiri said, according to IRNA.