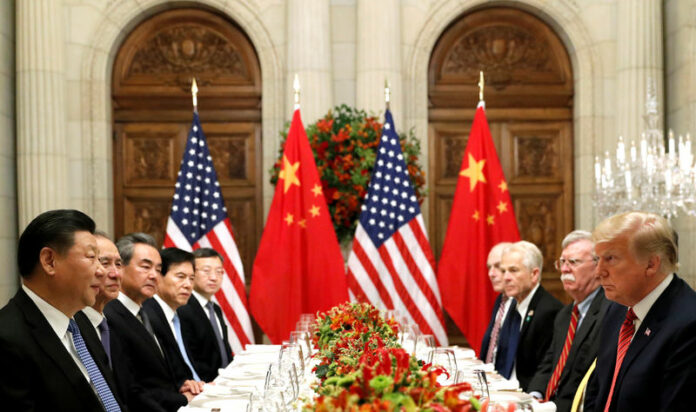 Trump says if no China trade deal possible, ‘I am a Tariff Man’ 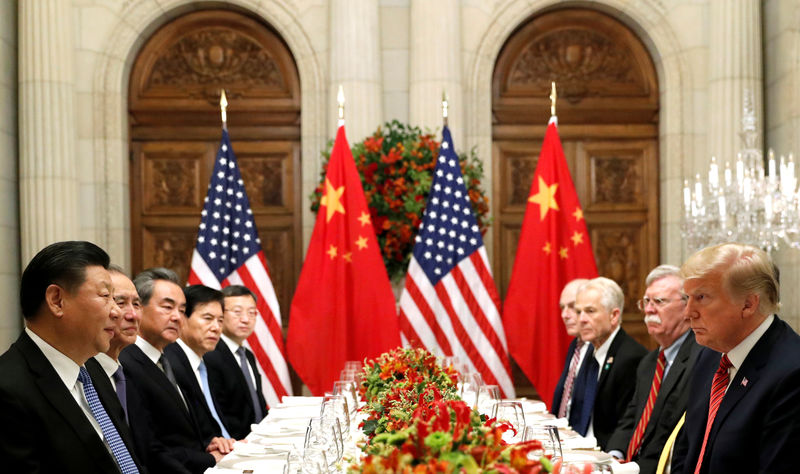 WASHINGTON (Reuters) – U.S. President Donald Trump on Tuesday held out the possibility of an extension of the 90-day trade truce with China but warned he would revert to tariffs if the two sides could not resolve their differences.

“If it is, we will get it done,” Trump said in a Twitter post. “But if not remember, I am a Tariff Man.”

The threat of an escalating trade war between the world’s two largest economies has loomed large over financial markets and the global economy for much of the year and investors greeted the ceasefire agreed by Trump and Chinese President Xi Jinping over the weekend with relief.

Markets, however, pulled back after Monday’s rally on Tuesday as doubts crept in over what could realistically get accomplished in the tight negotiating window.

The Republican president appeared to address one of the concerns by indicating he would not be opposed to extending the 90-day truce.

“The negotiations with China have already started. Unless extended, they will end 90 days from the date of our wonderful and very warm dinner with President Xi in Argentina,” Trump tweeted.

“So, again this will be a real agreement again and not that we can accomplish everything in 90 days but we expect to make a lot of progress,” Mnuchin told Fox Business Network.

Trump and Xi said they would hold off on imposing additional tariffs for 90 days starting on Dec. 1 while they sought to resolve their trade disputes that have seen the flow of hundreds of billions of dollars worth of goods disrupted by tariffs.

While Trump hailed the agreement with Xi “an incredible deal”, a lack of detail from the Chinese side has left investors and analysts wondering if Trump’s exuberance is warranted.

“It doesn’t seem like anything was actually agreed to at the dinner and White House officials are contorting themselves into pretzels to reconcile Trump’s tweets (which seem if not completely fabricated then grossly exaggerated) with reality,” JPMorgan Chase (NYSE:) said in a trading note.

White House economic adviser Larry Kudlow said on Tuesday that a reduction in Chinese tariffs on U.S. cars and agricultural and energy commodities would be a “litmus test” for whether U.S.-China trade talks were on track.

He said the United States should look into a rule that would bar imports of Chinese products that used stolen U.S. intellectual property.

U.S. Representative Steve King, an Iowa Republican, in February 2017 introduced a bill that would have allowed the U.S. government to punish Chinese intellectual property theft by imposing duties on the country’s imports.

The legislation, which had eight Republican co-sponsors but was not put to a vote, envisaged using revenue raised by the duties to compensate those harmed by China’s actions.

Trump has long accused China of unfair trade practices that hurt Americans and the U.S. economy.

“When people or countries come in to raid the great wealth of our Nation, I want them to pay for the privilege of doing so. It will always be the best way to max out our economic power,” he said on Tuesday.

His appointment of Lighthizer to lead the talks instead of Treasury Secretary Steven Mnuchin puts one of the administration’s toughest China critics in charge. Trump said on Tuesday that Lighthizer would work closely with Mnuchin, Kudlow and trade adviser Peter Navarro.