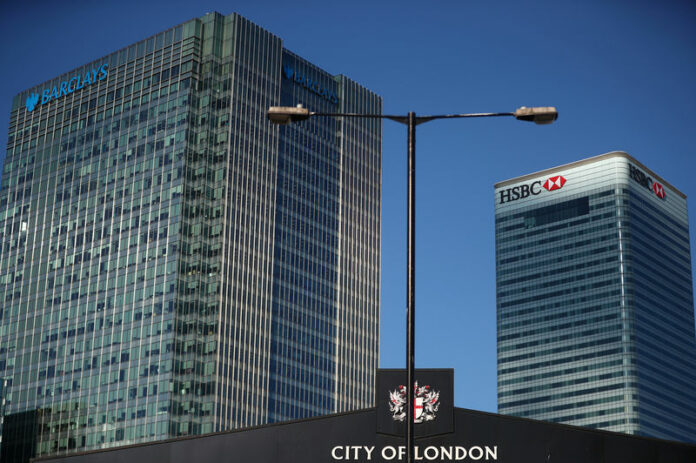 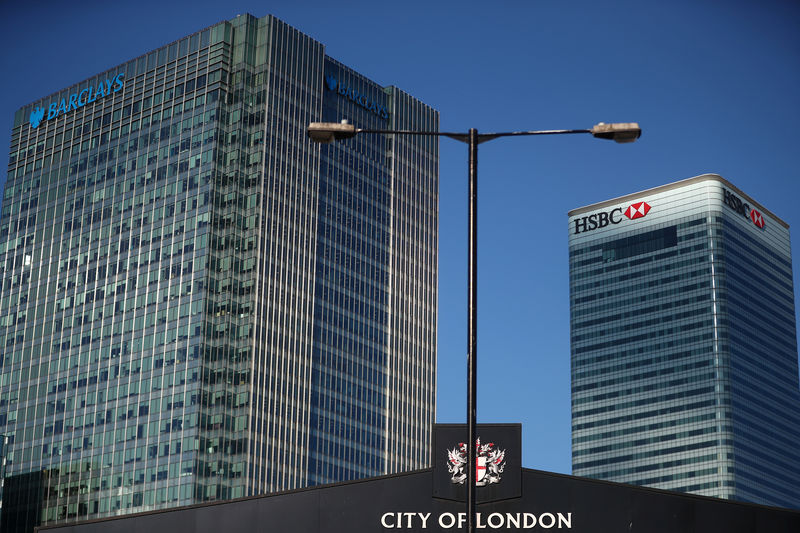 © Reuters. HSBC and Barclays’ buildings in Canary Wharf are seen behind a City of London sign outside Billingsgate Market in London

LONDON (Reuters) – Financial services firms in Britain paid a record 75 billion pounds ($95.5 billion) in taxes in the last financial year, but City bosses warned a chaotic Brexit could blow a hole in the industry’s tax receipts in future years.

The total tax haul in the year to the end of March was up 4 percent on the previous year’s 72.1 billion pounds, according to research from consultancy PwC and the City of London Corporation, the local government for the capital’s financial district.

The previous year’s tax take had also set a record.

The sector is Britain’s largest taxpayer, accounting for more than a tenth of all tax receipts.

The research comes amid warnings that a disorderly Brexit could lead to thousands of finance professionals and billions of pounds of assets shifting overseas from Britain.

Lawmakers are preparing for a crucial vote on a withdrawal agreement between Britain and the EU on December 11, with City firms concerned rejection of the deal could lead to political turmoil and Britain crashing out without agreed terms next March.

“With Brexit edging ever closer, it is more important than ever that the UK remains competitive to safeguard the sector’s employment and tax base,” said Catherine McGuinness, policy chair for the City.

“It is crucial that we avoid a no-deal Brexit that could jeopardize financial stability and drive activity away from the UK.”

A return to healthy profits at many of the country’s largest lenders after years of costly restructuring and fines for past misconduct after the financial crisis led to a surge in tax on earnings.

The industry’s corporation (company) tax bill jumped more than a fifth to 14.1 billion pounds in the financial year to March 2018. This was up from 11.6 billion pounds the previous year.

Of this figure, 1.8 billion pounds came from the bank surcharge on corporation tax – a levy targeted at City firms that banks have been lobbying to have dropped. Financial services firms paid more than a quarter (25.1 percent) of all British corporation tax receipts.

Employment taxes for the period stood at 32.9 billion pounds, the largest proportion of the sector’s tax bill.

Andrew Kail, head of financial services at PwC, said the research “reinforces the value of the sector” to the British economy.

“Its overall financial and social contribution to the economy and wider society needs to be fully appreciated,” he added.