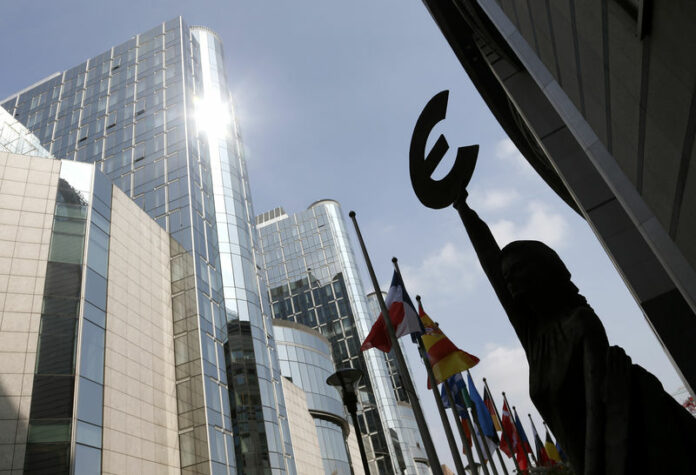 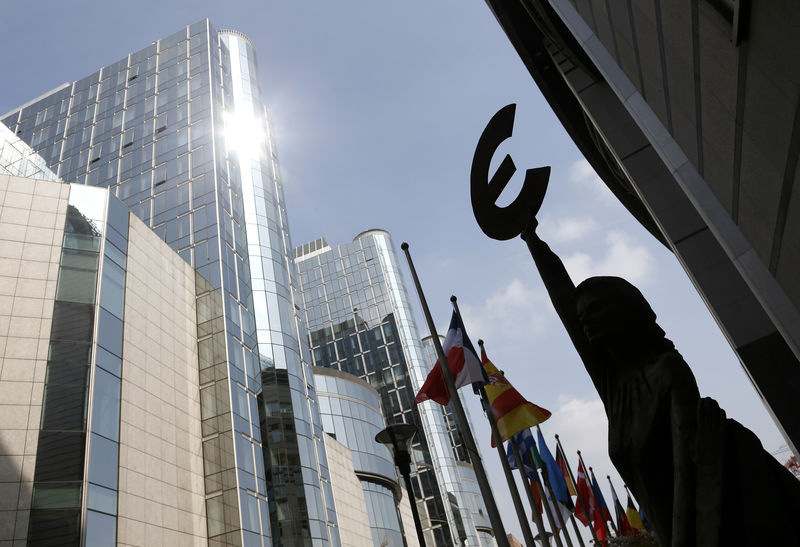 © Reuters. A statue depicting European unity is seen outside the European Parliament in Brussels

The downbeat surveys will make disappointing reading for policymakers at the European Central Bank and Bank of England, as well as for the British government as it tries to get Prime Minister Theresa May’s Brexit plan through parliament.

Euro zone business growth was at its weakest pace in over two years last month, according to IHS Markit’s Purchasing Managers’ Index. Britain’s PMI showed the economy was at risk of contracting.

“It is worth remembering we are coming from a position of strength in both economies, but very clearly 2019 is not going to be as good as 2018. The question now is whether we are looking at a moderate slowdown or something more sinister,” said Jennifer McKeown at Capital Economics.

That was still above both a 52.4 preliminary estimate and the 50 mark that separates growth from contraction.

Wednesday’s survey comes less than a month before the ECB is due to end its 2.6 trillion-euro quantitative easing program, which was designed to stimulate inflation and growth.

So purchasing managers in the currency union were at their least optimistic for almost four years, suggesting little chance of improvement as 2018 draws to a close.

Adding to the gloomier outlook and concerns economic growth is past its peak, other forward-looking indicators were also more downbeat.

France has been rocked in recent weeks by protests that began as a demonstration over fuel tax hikes but have evolved into a wider anti-government uprising, hitting the economy.

Italy’s services did manage a return to growth in November and Spain’s grew at the same rate registered in October, a four-month high.

The euro () was unresponsive to the euro zone PMI and sterling

DEAL OR NO DEAL

The UK Services PMI fell to 50.4 from 52.2 in October, the weakest reading since just after the 2016 Brexit vote and below all forecasts in a Reuters poll of economists.

“This latest survey demonstrates fairly clearly that the elevated risk of a ‘no-deal’ Brexit is beginning to have a tangible impact on growth,” said James Smith at ING

Prime Minister May faces deep opposition in parliament, which will vote on Dec. 11 on her withdrawal agreement, raising the threat of a no-deal Brexit shock to the economy in less than four months.

May suffered embarrassing defeats on Tuesday at the start of five days of debate on her plan to leave the EU that could determine the future of Brexit and the fate of her government.

A no-deal Brexit would be the most damaging outcome for the British economy, Reuters polls have consistently said. [ECILT/GB]

So fears Britain will leave the EU without a deal meant optimism among services companies, which account for the bulk of Britain’s economic output, fell to its second-lowest level since the depths of the financial crisis, the PMI showed.

Overall the figures chimed with other surveys showing sliding confidence among both consumers and businesses.

BoE officials are keeping a close eye on business and consumer confidence for signs uncertainty over Brexit is aggravating the slowdown in the economy since the 2016 referendum.

Companies managed scant growth in November by working through backlogs at the joint-fastest pace since 2009 rather than through new orders, which grew at one of the weakest rates since the financial crisis.