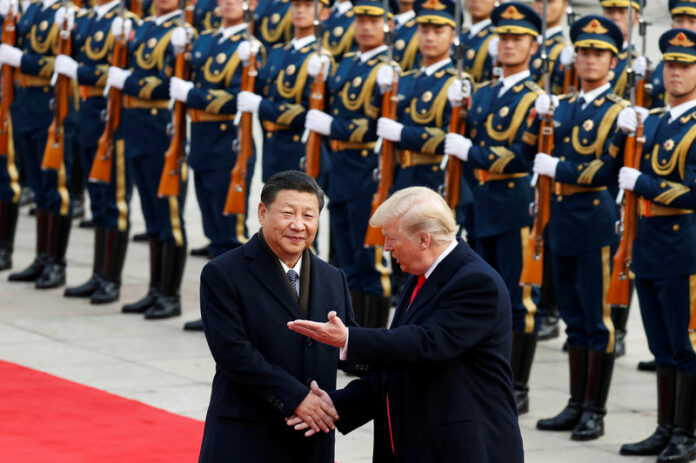 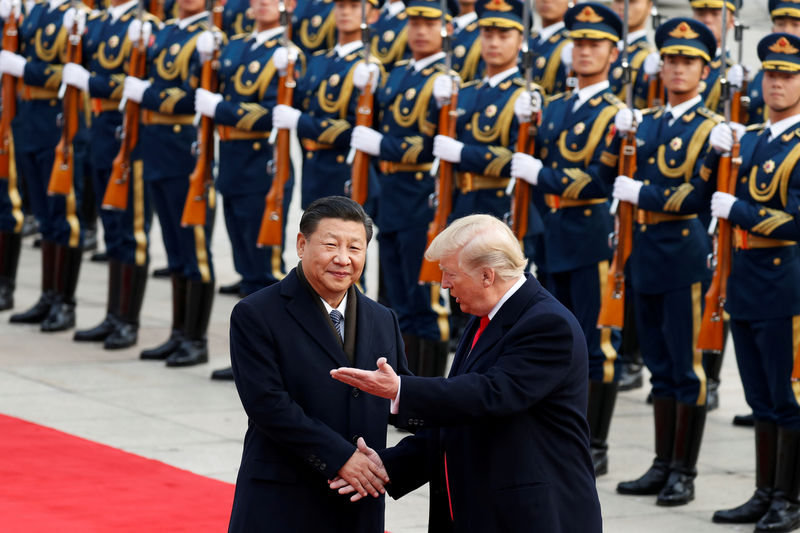 SHANGHAI (Reuters) – China expressed confidence on Wednesday that it can reach a trade deal with the United States, a sentiment echoed by U.S. President Donald Trump a day after he warned of more tariffs if the two sides could not resolve their differences.

The remarks, by the Chinese Commerce Ministry, follow a period of relative quiet from Beijing after Trump and Chinese leader Xi Jinping reached a temporary truce in their trade war at a meeting over dinner in Argentina on Saturday.

In a brief statement, the ministry said China would try to work quickly to implement specific items already agreed upon, as both sides “actively promote the work of negotiations within 90 days in accordance with a clear timetable and road map”.

“We are confident in implementation,” it said, calling the latest bilateral talks “very successful”.

Trump, in a post on Twitter, linked Beijing’s silence to officials’ travels and said he thought Xi had been sincere during their weekend meeting to hammer out progress over trade.

“Very strong signals being sent by China once they returned home from their long trip, including stops, from Argentina. Not to sound naive or anything, but I believe President Xi meant every word of what he said at our long and hopefully historic meeting. ALL subjects discussed!” Trump wrote on Wednesday.

The U.S. president a day earlier had said the ceasefire could be extended but warned tariffs would be back on the table if the talks failed and that he would only accept a “real deal” with China.

China’s Foreign Ministry referred specific questions to the Commerce Ministry, which is due to hold its weekly news briefing on Thursday in Beijing.

“We hope the two working teams from both sides can, based on the consensus reached between the two countries’ leaders, strengthen consultations, and reach a mutually beneficial agreement soon,” Foreign Ministry spokesman Geng Shuang told reporters.

The mood has quickly soured, however, on scepticism that the two sides can reach a substantive deal on a host of highly divisive issues within the 90-day negotiating period, and markets continued to slide on Wednesday in part from confusion over the ceasefire’s lack of detail.

Failure would raise the specter of a major escalation in the trade battle, with fresh U.S. tariff action and Chinese retaliation possibly as early as March.

Sources told Reuters that Chinese oil trader Unipec plans to resume buying by March after the Xi-Trump deal reduced the risk of tariffs on those imports. China’s crude oil imports from the U.S. had ground to a halt.

U.S. markets were closed on Wednesday to observe former President George H.W. Bush’s death, but the effect of Wall Street’s turmoil the previous day was felt in Europe and Asia with the benchmark Shanghai stock index () closing down 0.6 percent.

“Narrow agreements and modest concessions in the ongoing trade dispute will not bridge the wide gulf in their respective economic, political and strategic interests,” Moody’s Investors Service said in a report that predicted U.S.-China relations “will remain contentious”.

Officials from the United States and a number of other major economies have often criticized China for its slow approach to negotiations and not following through on commitments.

China has said comparatively little about the Trump-Xi agreement after senior Chinese officials briefed the media following the meeting, and U.S. and Chinese accounts of what the deal entails have sometimes differed.

“Officials now face the difficult task of fleshing out a deal that is acceptable to the Chinese but also involves significant enough concessions not to be torpedoed by the China hawks in the Trump administration,” Capital Economics said in a note this week, adding that higher tariffs could simply be delayed.

A Chinese official told Reuters that officials were “waiting for the leaders to return” before publicizing details.

President Xi and his most senior officials are due back in China on Thursday, having visited Panama and Portugal since leaving Argentina.

On Wednesday, the Global Times tabloid, which is run by the Chinese Communist Party’s main newspaper, said the Trump administration’s statements about the deal – including the agreement that China would buy $1.2 trillion in additional U.S. goods – were designed to highlight or even exaggerate facets of the deal that benefited the United States.

“It will be a win-win situation if a deal is realized. But if not, more fights and talks will continue alternately for a longer while. Chinese society should maintain a calm attitude,” it said.