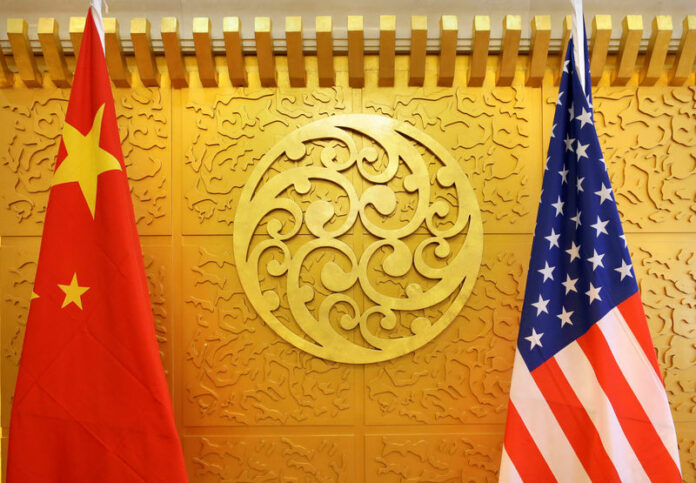 China says confident it can clinch trade deal with U.S. as doubts grow

© Reuters. FILE PHOTO: Chinese and U.S. flags are set up for a meeting during a visit by U.S. Secretary of Transportation Elaine Chao at China’s Ministry of Transport in Beijing

SHANGHAI (Reuters) – China said on Wednesday that Beijing and Washington will push forward with trade negotiations in the next 90 days and it is confident that an agreement can be reached, as doubts grow over whether the two sides can resolve their deep differences.

The Commerce Ministry, in a brief statement on its website, also said China would work to implement specific issues already agreed upon as quickly as possible.

The ministry’s statement follows a period of relative quiet from Beijing after U.S. President Donald Trump and Chinese leader Xi Jinping reached a temporary truce in their trade war at a meeting over dinner in Argentina on Saturday.

But the mood has quickly soured on scepticism that the two sides will be able to reach a substantive deal on a host of highly divisive issues within the 90-day negotiating period that was agreed. Failure would raise the specter of fresh U.S. tariff action and potential Chinese retaliation as early as March.

The Commerce Ministry said China-U.S. trade and economic discussions were “very successful”. The statement did not mention Trump or Xi, however, the state news agency Xinhua later said the ministry statement was hailing their meeting.

“We are confident in implementation…The economic and trade teams from both sides will actively promote the work of negotiations within 90 days in accordance with a clear timetable and road map,” it said.

“The Chinese side will start with implementing specifics on which there is already consensus, the faster the better.”

Trump, via Twitter, threatened to place “major tariffs” on Chinese goods imported into the United States if his administration is unable to reach an effective trade deal with Beijing.

“We are either going to have a REAL DEAL with China, or no deal at all – at which point we will be charging major Tariffs against Chinese product being shipped into the United States. Ultimately, I believe, we will be making a deal – either now or into the future,” Trump wrote in a post within minutes of the Commerce Ministry statement.

China has said comparatively little about the Trump-Xi agreement after senior Chinese officials briefed the media following the leaders’ meeting, and there have been some differences between U.S. and Chinese accounts of what the deal entails.

A Chinese official told Reuters officials were “waiting for the leaders to return” before publicizing details. President Xi Jinping and his most senior officials, including the commerce minister and the country’s two top diplomats, are in Portugal, and due back in China on Thursday.

U.S. financial markets tumbled on Tuesday as doubts over what could realistically get accomplished in the tight negotiating window added to concerns about fading global growth.