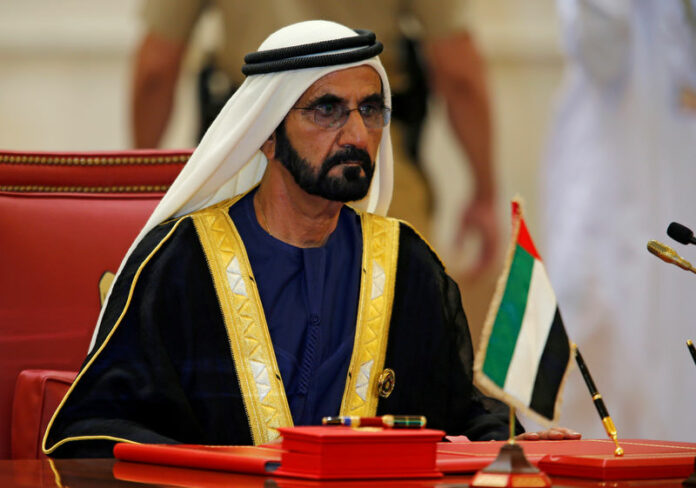 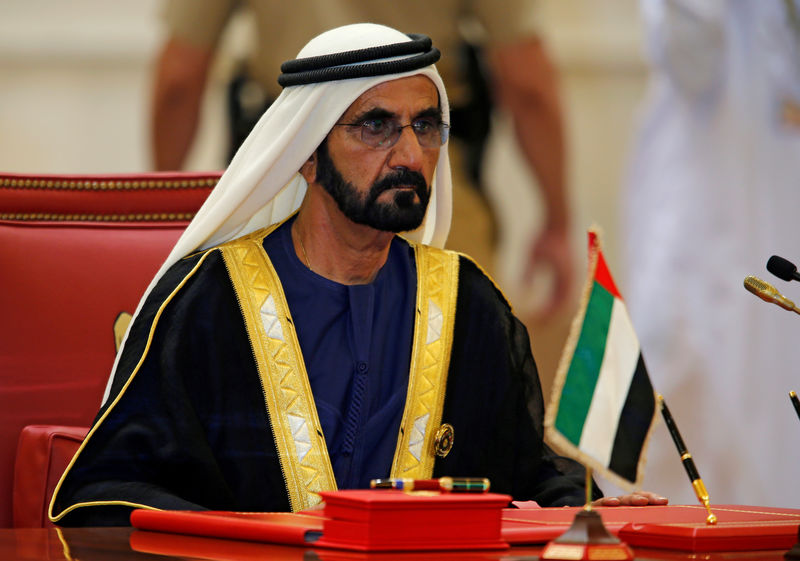 DUBAI (Reuters) – Dubai’s ruler has resisted efforts by Kuwait to release nearly $500 million in frozen funds at the heart of a money laundering probe straining relations between the two Gulf allies, according to correspondence seen by Reuters.

The investigation is taking place as the United Arab Emirates tightens financial regulations to fight a perception among some foreign investors that it is a hot spot for illicit money flows owing to its free trade zones and proximity to Iran, the target of U.S. sanctions.

The frozen funds belong in part to the Kuwait government and have been frozen at Dubai’s state-owned Noor Bank since late 2017, when the emirate’s public prosecutor, in collaboration with Kuwait’s prosecutors, started probing the lawfulness of their transfer to Dubai from the Philippines.

He was responding to a letter sent by Kuwaiti Prime Minister Sheikh Jaber al-Mubarak al-Hamad al-Sabah in September asking for help to release the funds.

“In light of the severe damages to government agencies and other investors due to the continued freeze on these funds, we ask your highness to direct your relevant entities to swiftly release the funds,” Sheikh Jaber had written.

Reuters obtained a copy of both letters.

PORT FUND AT HEART OF PROBE

The correspondence is the latest twist in a case between two of the richest countries in the Gulf Cooperation Council.

The $496 million in question belong to Port Fund, a Cayman Islands-registered fund that is part of a Kuwaiti private equity group. Two government entities, Kuwait’s port authority and the country’s pension fund, had invested in the fund and are owed around $200 million.

Kuwait’s prosecutors have charged two Port Fund directors for allegedly embezzling funds that the Kuwait Port Authority and the Public Institution for Social Security had invested in Port Fund. The executives deny that.

A spokeswoman for the Dubai government said: “UAE judicial authorities are awaiting a final judgment from Kuwaiti courts on the funds frozen in Dubai to transfer them back to Kuwait based on international standard laws and procedures.”

The office of Kuwait’s prime minister did not respond to a request for comment on Kuwait’s demands and on the content of the letter sent in September.

Kuwait had followed up that letter a month later with a renewed request from the attorney general to his counterpart in Dubai, which detailed how the funds should be distributed to the Kuwaiti government entities, as reported by Reuters last month.

The money was frozen at the behest of the UAE central bank in November 2017 to determine if the funds sent from a bank in the Philippines to an account of Port Link, which manages Port Fund, constituted money laundering.

U.S.-based law firm Crowell and Moring, which represents Port Fund, told Reuters the money was a legitimate payment after Port Fund sold its investments in the Philippines.