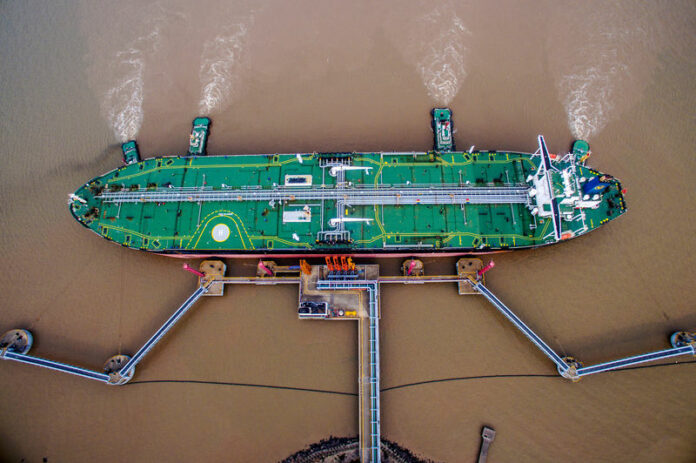 By Meng Meng and Florence Tan

BEIJING/SINGAPORE (Reuters) – Chinese oil trader Unipec plans to resume shipments to China by March after the Xi-Trump deal at the G20 meeting reduced the risk of tariffs being imposed on these imports, three sources with knowledge of the matter said.

The sources told Reuters that Unipec is looking to import U.S. oil by March 1, when the 90-day negotiating period agreed to by the leaders of the world’s two biggest economies comes to an end.

China’s crude oil imports from the United States ground to a halt as a trade war between the two countries escalated this year.

“Chinese buyers who want to buy U.S. crude will rush to import the oil during this window,” a senior executive from Asia’s largest refiner Sinopec said, adding that the oil has to arrive in China before March 1.

“Oil prices are low, so it makes economic sense to store some crude as commercial inventories,” said the executive, who asked not to be named.

Unipec and Sinopec (SS:) were not immediately available for comment. Unipec is Sinopec’s trading arm.

It was unclear how much oil Unipec would order from the United States, but one of the sources said U.S. volumes could hit a record in January.

The previous record for a month came in January 2018, when China imported about 472,000 barrels per day (bpd) from the United States, according to China customs data.

China imported on average 325,000 bpd of U.S. crude in the first nine months of 2018 before imports fell to zero in October, the data showed.

Before the trade dispute erupted in mid-2018, China had become the largest importer of U.S. crude.

Oil prices have slumped by around a third since early October amid an emerging glut, triggering expectations that the Organisation of the Petroleum Exporting Countries (OPEC) will agree to supply cuts at a meeting this week. [O/R]