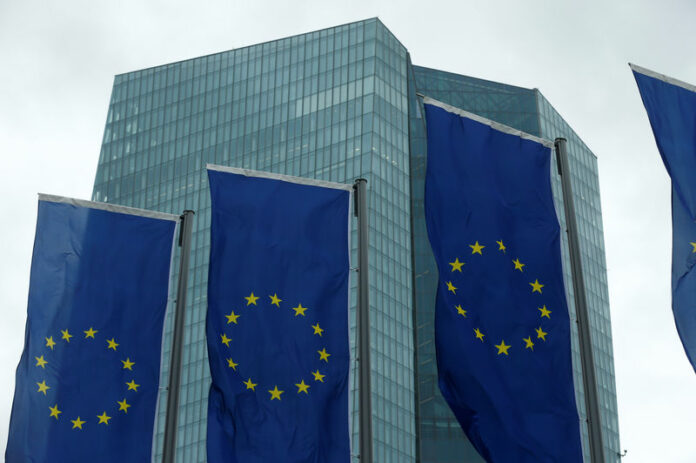 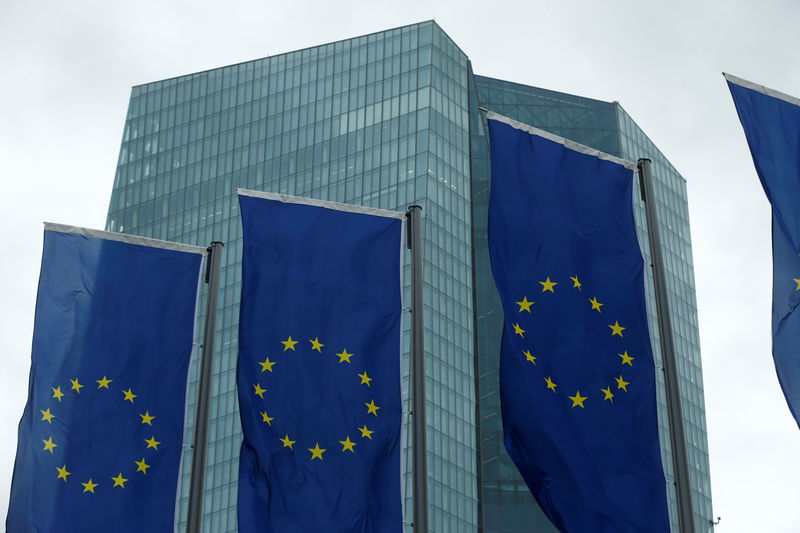 © Reuters. The European Central Bank headquarters are pictured in Frankfurt

The ECB will have a difficult task over the next couple of years: dialing back its unprecedented stimulus without hurting a banking sector still deeply divided along national lines.

Conversations with five sources on or close to the ECB’s policymaking body showed rate-setters were beginning to come up with ideas to ease the transition, including raising only the interest rate on bank deposits at first and offering multi-year loans at floating rates on a permanent basis.

These ideas are designed to avert a liquidity squeeze feared by bankers and investors in southern Europe.

The debate was at an early stage and was unlikely to feature at the ECB’s Governing Council meeting on Dec 13, when policymakers would mainly focus on how to reinvest cash coming from the ECB’s 2.6 trillion euro ($2.95 trillion) pile of bonds.

Other decisions will be left for 2019. These center around the issue of liquidity, which is spread unevenly around the euro zone.

Banks in Germany and France are sitting on hundreds of billions of euros of excess reserves while lenders in Italy, Spain, Portugal and Greece still borrow more from the ECB, particularly via its Targeted Long-Term Refinancing Operations (TLTRO), than they deposited.

This meant these cash-poor banks would need to rely on the ECB’s weekly auctions, or Main Refinancing Operations, for cash once TLTRO expire.

That would push up the rate at which banks lend to each other, which was currently anchored to the ECB’s sub-zero deposit facility, thereby making borrowing more expensive for the rest of the economy.

For this reason, even the more conservative members of the Governing Council are now open to discussing a new round of multi-year loans to banks next year, albeit on different terms than previous editions, the sources said.

This would help banks meet a regulatory requirement to have a certain amount of multi-year funding in place, known as the Net Stable Funding Ratio, and prevent a “cliff edge” as the previous TLTRO nears maturity in 2021.

One idea being floated is to make TLTROs a permanent facility with a floating interest rate that tracks the ECB’s Main Refinancing Operation, one of the sources added.

This would avoid tying the ECB’s hands when it decides to finally raise that rate from zero, where it has been since March 2016.

Not that this was likely to happen any time soon.

The ECB has pledged to keep its interest rates at the current, ultra-low level through next summer.

And some policymakers envisage only raising the deposit rate once or twice at first. This rate was currently set 40 basis points below zero, meaning banks have to pay the ECB for any excess cash they deposit at the institution.

Reducing this penalty charge was a priority for banks in the core of the euro zone, where the bulk of the money printed by the ECB under its bond-buying program has landed and stayed.

“The rate on our deposit facility is currently decisive for the market rate, and so for the transmission of our monetary policy signal,” the ECB’s chief economist Peter Praet said in a recent interview when asked about which rate would move first.

But an equivalent increase in the ECB’s MRO rate for weekly loans or the overnight Marginal Lending Facility would put unwelcome strains on banks in peripheral countries when they tap the ECB.

The use of these sources has dwindled over the past few years as the ECB floaded the euro area with cash. But things could change quickly as the central bank dialed back its stimulus.

This was because banks in the euro zone that retreated to their home turf during the 2020-12 debt crisis had yet to restart lending to each other across borders.

This issue would also feed into the debate over whether to extend a facility, launched at the height of the crisis and due to last at least until the end of next year, which allowed banks to borrow as much as they want for a fixed rate at weekly auctions as long as they have collateral.

“The question is whether it will be considered necessary to extend the full allocation policy in its entirety,” Sabine Mauderer, a director at Germany’s Bundesbank, said in a speech on Nov. 15.