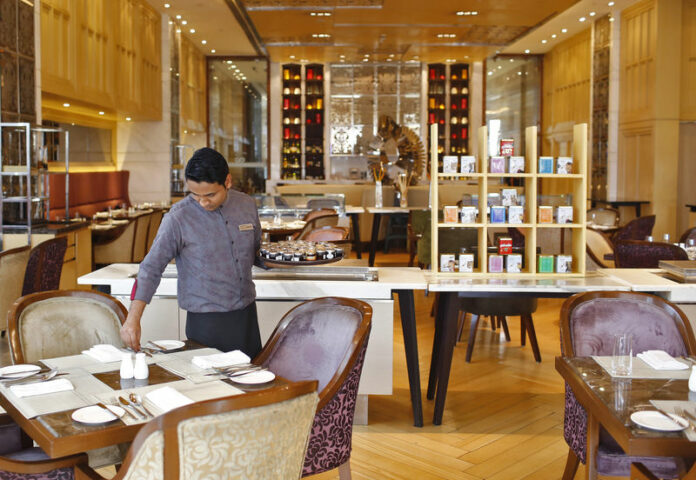 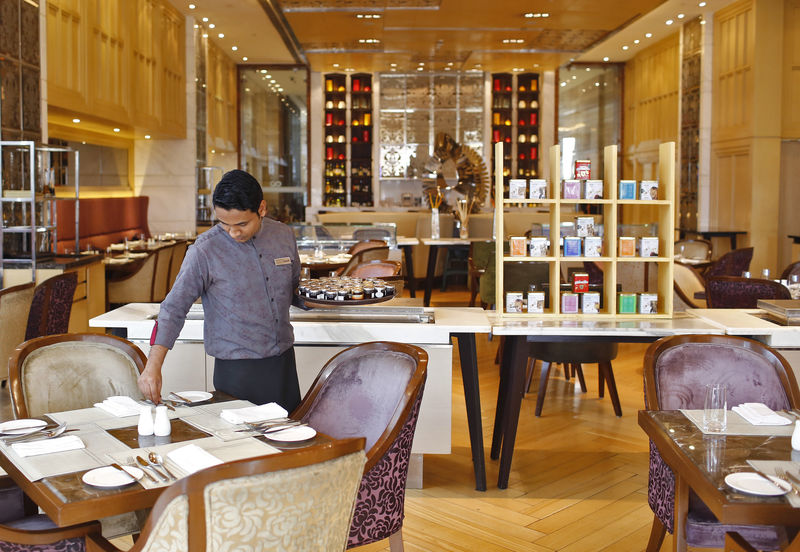 © Reuters. FILE PHOTO: An employee sets a table inside a restaurant at the Crown Plaza hotel, run by IHG, in New Delhi

BENGALURU (Reuters) – Business activity in India’s dominant services sector expanded in November at the quickest pace in four months, lifted by a significant rise in domestic demand, a private survey showed on Wednesday.

This will offer some relief to Asia’s third-largest economy, which last week reported slower economic growth in the July-September quarter.

The index has been above the 50-mark that separates growth from contraction for six straight months.

The sub-index for employment showed expansion for a 15th straight month, though job-creation was at the slowest pace since September.

In the latest survey, the new business orders sub-index, a proxy for domestic demand, rose to a four-month high of 53.3 in November but foreign demand for Indian exports contracted for the first time in six months.

Stronger services activity and better-than-expected growth in manufacturing pushed a composite index from October’s 53.0 to 54.5 – its highest since over 80 percent of India’s currency in circulation was wiped out by the government in late 2016.

According to a separate Reuters poll, the Reserve Bank of India (RBI) will hike interest rates once next year, after raising them twice so far in 2018.