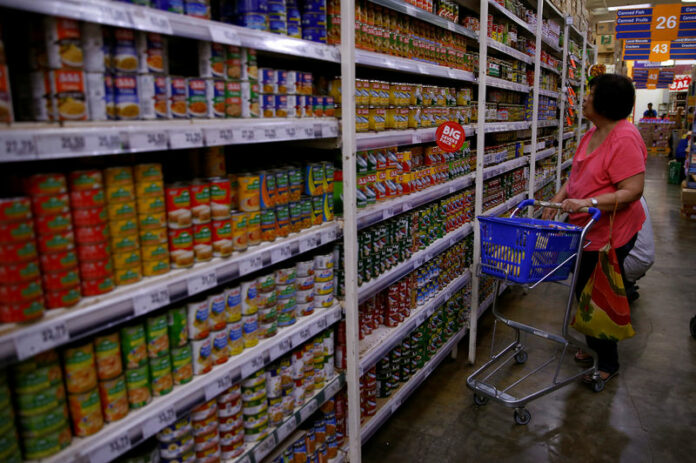 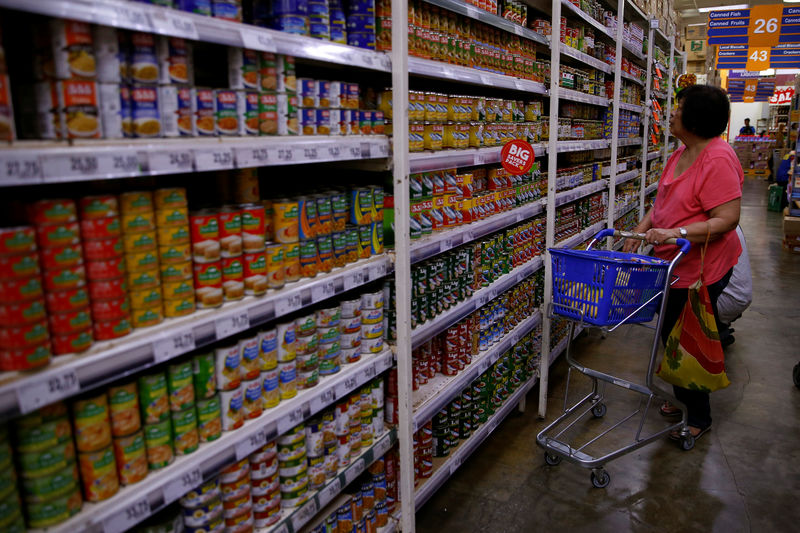 © Reuters. FILE PHOTO: Woman scans the selection of canned goods at a grocery store in Makati

MANILA (Reuters) – Philippine annual inflation slowed to a four-month low in November, easing pressure on the central bank to raise interest rates further with some analysts predicting a rate cut as early as next year if the inflationary pressures continue to ease.

The consumer price index rose 6.0 percent in November from a year earlier, the Philippine Statistics Authority said on Wednesday, coming off its highest rate in nearly a decade in the past two months of 6.7 percent amid slower price increases in food and utilities.

It was the lowest inflation rate since July and below the median estimate of 6.2 percent in a Reuters poll of economists.

The central bank had forecast inflation within a range of 5.8-6.6 percent for the month.

Seasonally adjusted inflation dropped 0.3 percent in November from the previous month – the first such decline since February 2016.

The central bank is likely to hold off tightening further at its next policy meeting on Dec. 13, with inflationary pressures seen easing going forward, said Jiaxin Lu, economist at Continuum Economics.

“Should inflation continue to show this kind of stark deceleration over the next few months … the BSP (Bangko Sentral ng Pilipinas) may opt to slash borrowing costs as early as the second quarter of 2019,” said ING Bank senior economist Nicholas Mapa.

While the drop-off in inflation last month confirms that it is heading back to the central bank’s 2-4 percent target range, Espenilla told reporters in a text message, adding that there’s a need to monitor rising core inflation.

Core inflation, which strips out volatile food and fuel items, quickened to 5.1 percent from the previous month’s 4.9 percent.

Finance Secretary Benjamin Diokno is confident there won’t be any significant inflationary pressure from the government’s decision to push ahead with a second round of fuel tax increases.

President Rodrigo Duterte on Tuesday approved a further hike in excise tax on fuel products from January 2019, reversing an earlier stance to postpone it following a slide in global oil prices.

“There is no reason why there will be a second round effect” from the fuel tax increase, Diokno told reporters, adding pump prices were still lower overall.