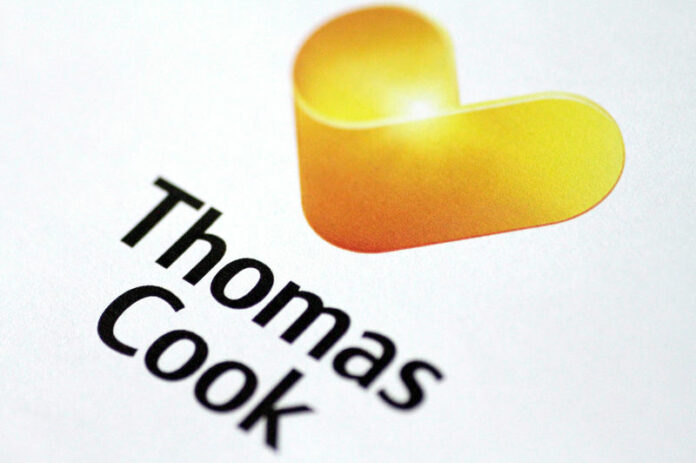 LONDON (Reuters) – Thomas Cook’s (L:) shares climbed 45 percent on hopes that it would not need to issue new equity, although its bond prices extended their losses to record lows on Wednesday, amid deepening worries about the UK travel group’s debt.

The holiday and airline group has been under pressure since late November when it cut its profit guidance and suspended its dividend, halving the value of its shares in just over a week.

The company was burned by the hot summer in northern Europe, which reduced demand for travel to southern European resorts.

The stock recovered some losses on Wednesday morning to trade at 32.7 pence, which at 1202 GMT was up 45 percent from the six-year low hit on Tuesday.

Some traders said that fears that Thomas Cook would need to carry out a fundraising had receded, boosting the stock, although others disagreed, calling Wednesday’s rise a “dead cat bounce, most probably”.

Jefferies analysts said in a note on Wednesday that they did not expect Thomas Cook to need new equity.

“Although we acknowledge the risk, our central thesis is that Thomas Cook can avoid a capital raise,” said Jefferies analyst Rebecca Lane, who rates the stock a “buy”.

That thesis was underpinned by Thomas Cook’s extended flexibility on bank covenants for early next year and its progress on profitability, as well as a possible stake sale in its airline and its lower debt compared with five years ago, said Lane.

But Thomas Cook’s bonds hit a record low after credit rating agency Moody’s cut its rating on the company’s debt to B2 from B1.

Moody’s said the move reflected a deterioration of its credit metrics after the company’s profit warning last week – its second in as many months – and weakened liquidity.

The price of credit default swaps on the company showed a 67.3 percent implied probability of default, another trader said.

The volume of Thomas Cook shares on loan – a measure of the amount of short selling – has risen significantly over the past six weeks, to its highest since September 2017, FIS Astec Analytics short interest data showed.

There was media speculation in July that Thomas Cook could sell its airline, but CEO Peter Fankhauser ruled that out at the time.

Jefferies’s Lane said in her note that Thomas Cook’s airline business had an estimated enterprise value of 1.1 billion pounds.

Rival airlines like easyJet (L:) and Ryanair (I:) both want to build up their holiday businesses and could be interested in parts of Thomas Cook’s airline unit, said Bernstein analyst Richard Clarke, but he did not expect any imminent move. They would wait until Thomas Cook’s financial position was clearer.

“When it’s in a state of full distress, that’s when they can start cherry-picking,” he said.