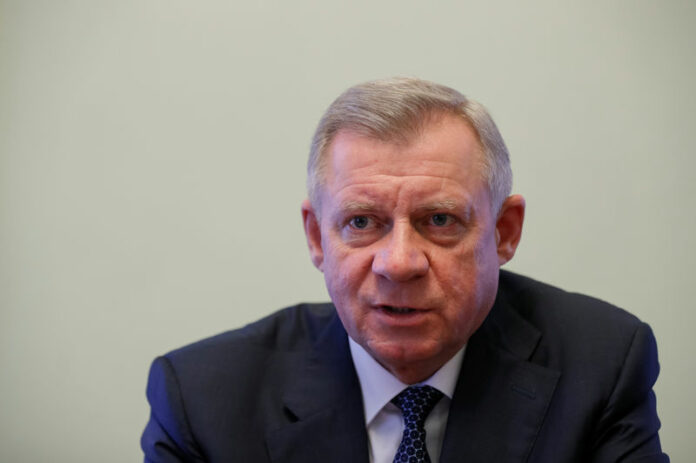 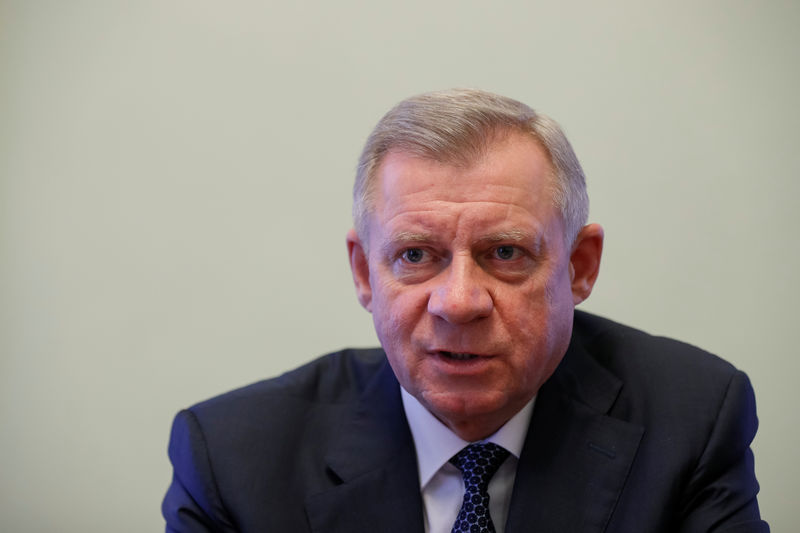 KIEV (Reuters) – Ukraine will press on with inflation targeting and plans to lift currency restrictions despite entering a period of instability during elections next year, Central Bank Governor Yakiv Smoliy told Reuters on Wednesday.

The National Bank of Ukraine (NBU) has enough foreign exchange and gold reserves to intervene in the market if needed, and expects to replenish its forex reserves to $19.2 billion with the expected disbursement of IMF loans in December, he said.

Smoliy was aiming to reassure investors as Ukraine gears up for two tightly contested election races in 2019, the presidential election in March and parliamentary polls in October, amid the threat of escalating conflict with Russia.

While it will miss its target to bring inflation below double digits in 2018, the central bank has set itself a target of around 5 percent by the end of 2019 that would allow it to lower its key rate, which is “high enough” at 18 percent, Smoliy said.

The central bank wants to lift foreign exchange restrictions, many of which were imposed or tightened after the collapse of the hryvnia in 2014 following the annexation of Crimea and the war in the Donbass region. The hryvnia has fallen by more than 70 percent since 2014.

Planned reforms include lifting restrictions on Ukrainians opening bank accounts abroad and investing abroad without special permission from the central bank, and on foreign investors withdrawing dividends out of the country.

“The National Bank is out of politics,” Smoliy said in an interview at the bank’s headquarters.

“Of course, the election is a certain stress for citizens, a certain instability, but with the independence of the National Bank, we will continue to adhere to our policy in terms of macrofinancial stability.”

The central bank would also look at whether to scrap a requirement for exporters to sell half of their foreign currency earnings “soon” he said, without giving a firm timeline.

Smoliy said the central bank would stay independent and not be pressured into printing money, which has happened in previous election cycles when governments courted voters with spending increases.

“The current liquidity on the market is balanced and cannot affect inflationary processes,” he added.

As evidence of his credentials to shepherd the banking system through elections, Smoliy cited the central bank’s currency interventions to calm market jitters after Ukraine introduced martial law last week.

President Petro Poroshenko introduced martial law after Russia fired on three Ukrainian vessels in the Kerch Strait and captured their crews on Nov 25.

The NBU’s interventions “turned out to be quite effective and on Thursday we realized that the trend of panic moods was broken,” Smoliy said.

He added there was practically no outflow of deposits following the martial law announcement. “The banking system almost did not feel the introduction of martial law.”

The International Monetary Fund and other foreign institutions have supported Ukraine’s economy since the Crimea annexation, conditional on Kiev’s pro-Western leadership implementing reforms and tackling corruption.

IMF loan disbursements have effectively been frozen since April 2017 as reforms slowed down, but Smoliy expects the IMF to release a loan tranche in the ten days before Christmas.

“Ukraine has fulfilled all prior actions. Only bureaucratic procedures are left,” he said.

He did not specify what size tranche he expected but said it would help the central bank raise its forex reserves to $19.2 billion from $17.8 billion now.

As part of a clean-up of the banking system, the NBU helped forcibly nationalize Ukraine’s biggest bank against the wishes of its biggest shareholders in 2016, before Smoliy took office.

The decision sparked hundred of lawsuits and on Tuesday a London court threw out a PrivatBank case against the former owners, potentially derailing Kiev’s efforts to claw back money it says was lost to fraud.

PrivatBank said it would appeal the decision and Smoliy said the idea that Ukraine might have to return PrivatBank to its former owners was not under discussion.

“This is a long process, so far it is impossible to ascertain that someone has won and someone has lost,” he said.