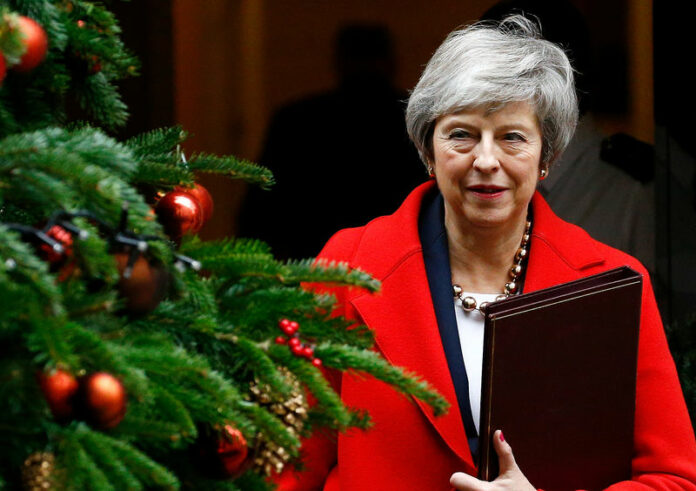 It’s my deal, no deal or no Brexit at all: UK PM May 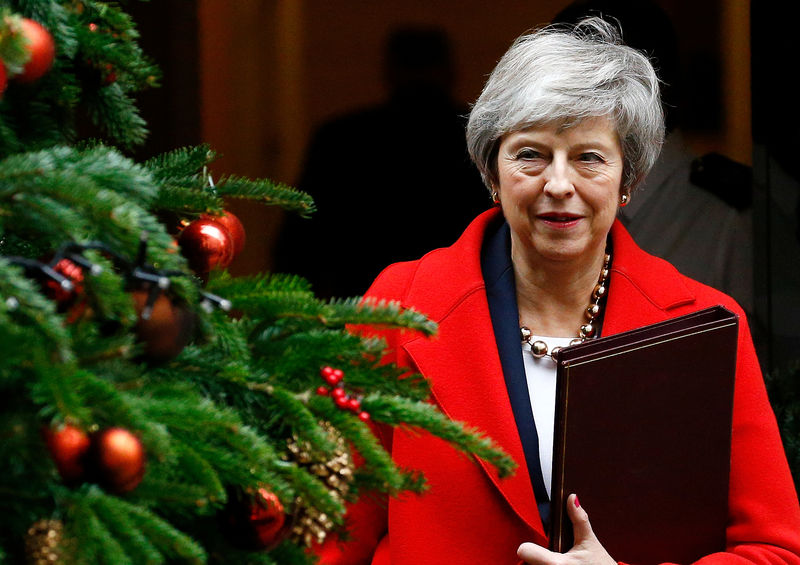 LONDON (Reuters) – Prime Minister Theresa May said on Thursday that British lawmakers faced a choice ahead of a vote on her Brexit deal: approving her deal or facing an exit with no deal or even the reversal of Brexit.

May said she was speaking to lawmakers about giving parliament a bigger role in whether the Northern Irish backstop arrangement would be triggered, though she gave few details.

May said some in parliament were trying to frustrate Brexit and that she did not think another referendum on Brexit was the right course.

“There are three options: one is to leave the European Union with a deal… the other two are that we leave without a deal or that we have no Brexit at all,” May told BBC radio.

“It’s clear that there are those in the House of Commons who want to frustrate Brexit… and overturn the vote of the British people and that’s not right.”

May repeatedly sidestepped questions on whether she would delay the Dec. 11 vote but did hint at possible concessions on the Northern Irish backstop.

When asked repeatedly what her “Plan B” would be if her deal was rejected, she did not directly answer the questions.