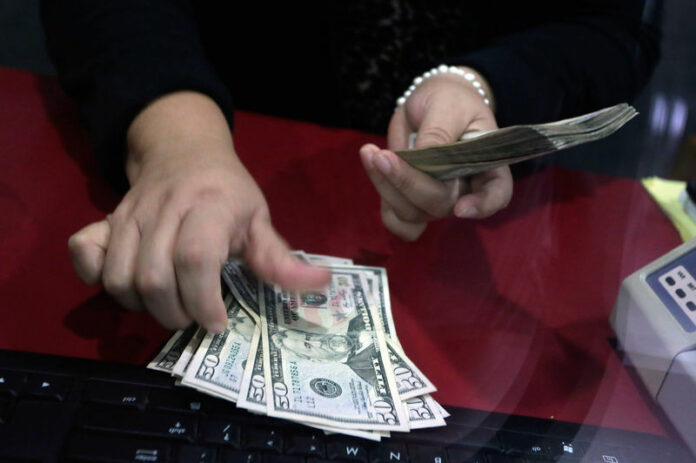 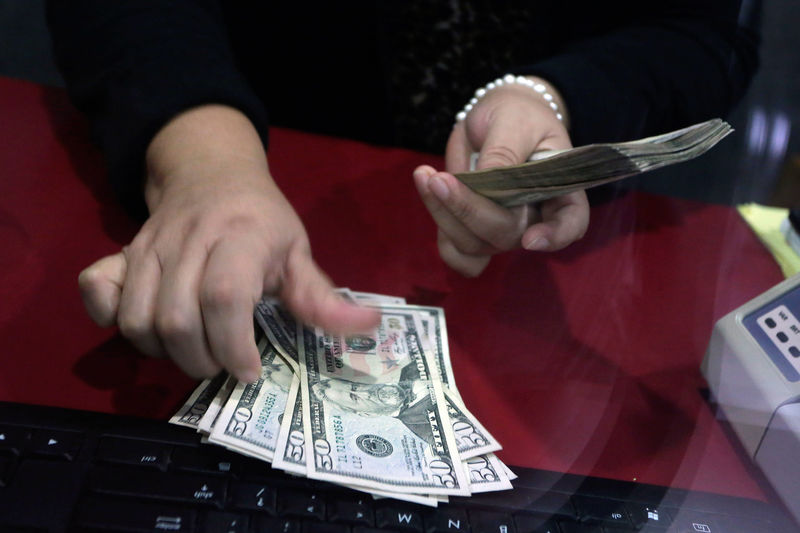 SINGAPORE (Reuters) – The dollar languished close to one-week lows on Wednesday as investors wagered the Federal Reserve would slow the pace of U.S. monetary tightening after its keenly-watched policy meeting later in the day.

The safe-haven yen and the Swiss franc held a firm tone in early Asian trade as an overnight plunge in oil prices provided yet another reminder of the deteriorating global growth prospects, and underscored why traders expect the Fed will likely be done after an expected rate hike this week.

“The positioning going into the FOMC meeting is very defensive and that’s why we are seeing the dollar weakening,” said Michael McCarthy, chief markets strategist at CMC Markets.

Risk sentiment has been scarred by weaker-than-expected economic data out of China and the eurozone, while the Sino-U.S. trade dispute and a collapse in oil prices have added to fears the global economy is fast losing momentum.

In Asia, markets are looking to China’s three day Central Economic Working Conference (CEWC) meeting that starts on Wednesday for Beijing’s growth and reform objectives. A steady downturn in China’s economy this year has been one of the key drivers of asset markets, including currencies, over recent months.

The () was down 0.2 percent at 96.9, extending losses into the second day. The U.S. currency has also been pressured by a fall in the U.S. 10-year treasury yield (), which has slipped by around 10 basis points in the last three days.

Nervous anticipation was palpable in global markets as they awaited the Fed’s decision later in the day, especially for its policy guidance for 2019 after what is expected to be its fourth rate hike for this year.

According to the CME Group’s FedWatch tool, the probability of a December rate hike is 69 percent, down from around 75 percent last week, a significant move in such a short period.

While the U.S. central bank’s latest median dot plot projections from September indicated three more hikes in 2019, the rate futures market is pricing in only one more rate hike for 2019 – a shift that underscored growing signs of stress on the global economy that many believe will eventually crimp U.S. growth.

However, some analysts still see the Fed raising rates 2-3 times in 2019.

“We do not see a downward shift in the Fed’s dot plots and so there is room for the dollar to strengthen…the euro is especially vulnerable for a sell-off,” CMC Markets’ McCarthy said.

Yet there were enough reasons for dollar bulls to stay cautious.

In an editorial published on Tuesday, the Wall Street Journal opined that it would be prudent for the Fed to pause on Wednesday.

Moreover, U.S. President Donald Trump kept up the pressure on the Fed, taking yet another jab in a tweet saying ‘I hope the people over at the Fed will read today’s Wall Street Journal Editorial before they make yet another mistake.’

Elsewhere, the euro () was steady $1.1380, enjoying a rare uptick in the past three sessions as the dollar grappled with lower yields and monetary policy risks.