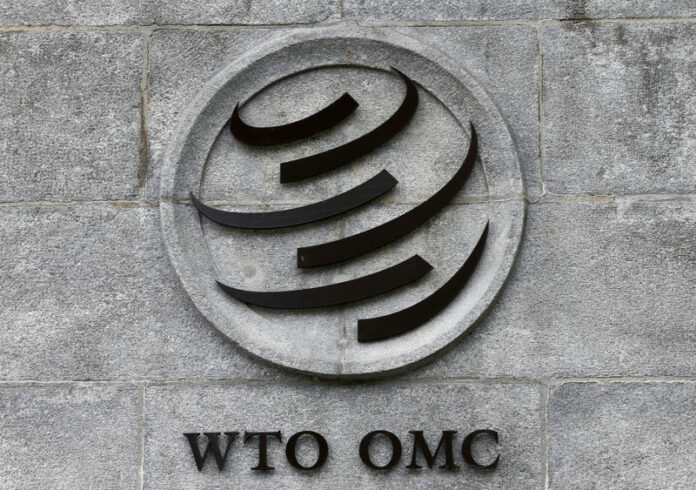 © Reuters. FILE PHOTO: A WTO logo is pictured on their headquarters in Geneva

BRUSSELS (Reuters) – The European Union expanded its challenge against China at the World Trade Organization on Thursday over laws it says force the transfer of technology in areas including electric vehicles and crop seeds.

The European Commission, which oversees trade policy in the 28-member European Union, said it was significantly broadening and deepening the scope of its WTO action against China.

The European Union, the United States and Japan have held a series of talks this year to coordinate a fight against unfair competition from subsidies, state-led enterprises and forced technology transfer, without naming but clearly eyeing China.

Like the EU, the United States has complained to the WTO about Chinese policies on technology transfer and intellectual property rights, but also imposed tariffs on $50 billion of Chinese imports to force changes.

An EU official said Brussels had informed its partners of its action but the challenge was not a joint one.

The EU’s new complaint focuses on Chinese laws that regulate the approval of investments for electric vehicles and biotechnology and the approval of joint ventures across sectors.

The Commission said that the Chinese laws imposed requirements on foreign companies operating in China, contravening a commitment not to do so made when Beijing joined the WTO.

“The so-called performance requirements force or induce European companies to transfer technology to their joint ventures with Chinese partners in exchange for the necessary administrative approvals by the Chinese authorities,” the Commission said.

“Foreign companies are also required to carry out research and development activities in China,” it continued.

Beijing has said such transfers are voluntary, not forced, and that many foreign companies have benefited from the work on new technologies by R&D centers in China.

The new challenge complements an existing complaint lodged at the WTO in June. This targets specific provisions under Chinese regulations on import and exports of technology centered on Chinese-foreign equity joint ventures.

The EU says this goes against WTO rules to treat equally national and foreign companies and unduly restricts the rights of EU companies, such as in relation to patents.

The WTO challenge will first result in consultations between the parties. If no solution is found in 60 days, the EU can then request that the WTO set up a panel to adjudicate on the issue.