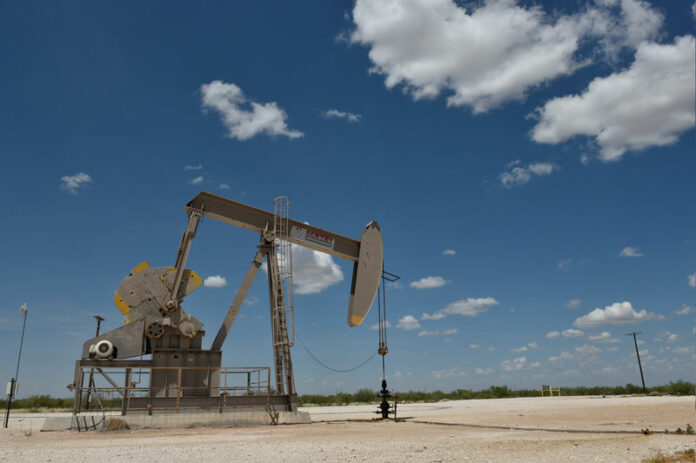 Oil prices resume fall, shed most of their gains from last session

BEIJING/SINGAPORE (Reuters) – Oil prices fell on Thursday to erase most of their gains from the day before, resuming declines seen earlier in the week amid worries about oversupply and the outlook for the global economy.

International benchmark Brent crude () futures were down 66 cents, or 1.2 percent, at $56.58 per barrel, after climbing almost 2 percent the session before.

The Organization of the Petroleum Exporting Countries and other oil producers including Russia agreed this month to curb output by 1.2 million barrels per day (bpd) in an attempt to drain tanks and boost prices.

Oil prices are down more than 30 percent from peaks seen in October.

But the cuts will not happen until next month and production has been at or near record highs in the United States, Russia and Saudi Arabia.

Volatility in crude prices this week has driven investors to shut their positions and is draining liquidity from the market, Xi said.

Total market open interest in U.S. crude contracts had fallen to 2.063 million contracts as of Thursday, up from a record of 2.71 million in May.

“It has been a tumultuous week in oil markets and traders may opt to shut it down after the last big risk event of the year with year-end position-squaring likely to kick-in today,” said Stephen Innes, head of trading for Asia-Pacific at OANDA.

Innes was referring to the U.S. Federal Reserve’s last policy meeting of 2018, at which it suggested the U.S. economy no longer needed the central bank’s support either through lower-than-normal interest rates or by maintaining a massive balance sheet.

But U.S. inventory data offered some support to WTI prices.

Distillate demand rose to the highest since January 2003, which bolstered buying, particularly in heating oil futures, the market’s proxy for diesel.