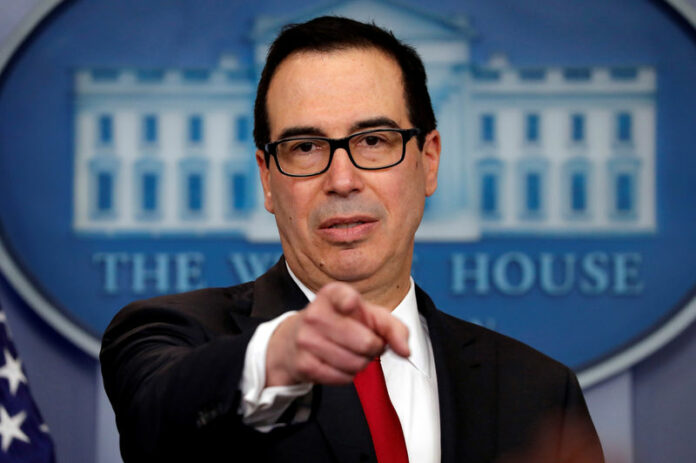 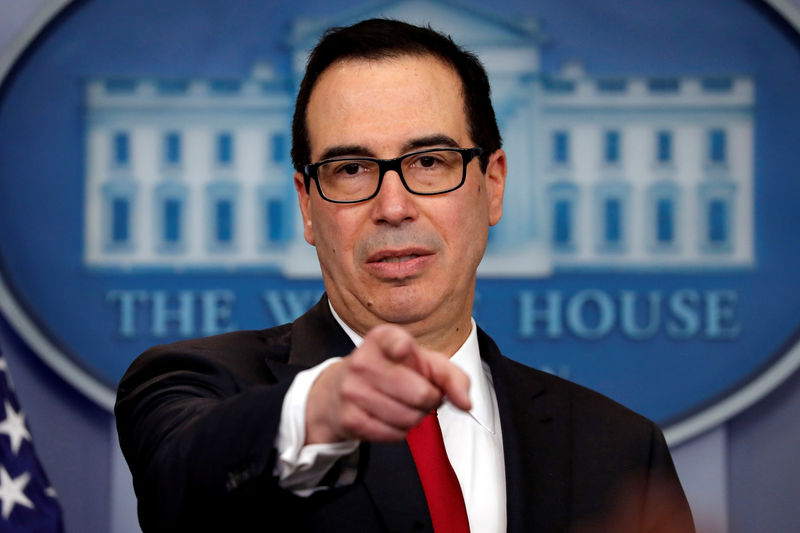 Mnuchin, in an interview with Fox Business Network, said he believes U.S. equities are a “tremendous value,” and that investors would now move from bonds into stocks.

“The market reaction is completely overblown,” he said. “I think you’re going see rebalancing out of bonds (and) into equities at these levels.”

Mnuchin’s remarks came as stocks sank for a second day after the Fed raised rates for the ninth time in about three years. The Nasdaq Composite index () was poised to close more than 20 percent below its Aug. 29 high, confirming the index is in a bear market. The 30-year bond () last rose in price to yield just under 3 percent.

With the recent market declines, the S&P 500’s forward price-to-earnings ratio is now at 15.3, its lowest level since early 2016 but above its 15 longer-term average, according to data from Refinitiv.

Meanwhile, Credit Suisse (SIX:) Group AG estimated on Tuesday that pension funds will move $63 billion out of bonds and $24 billion into developed market stocks. Investors often sell assets that have done the best and buy those that have done the worst at the end of the quarter to “rebalance” to a target position.