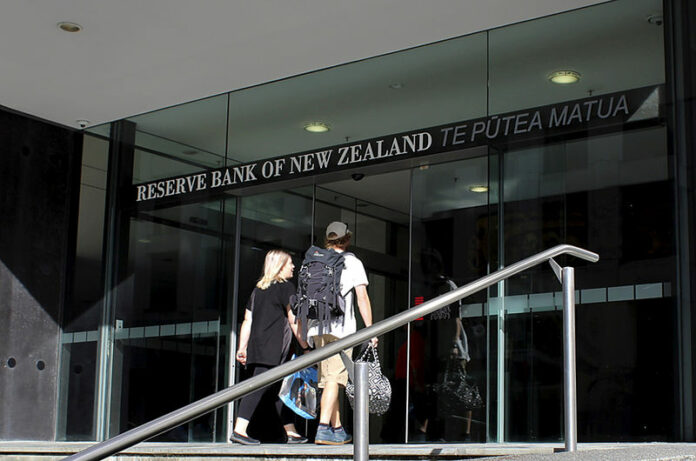 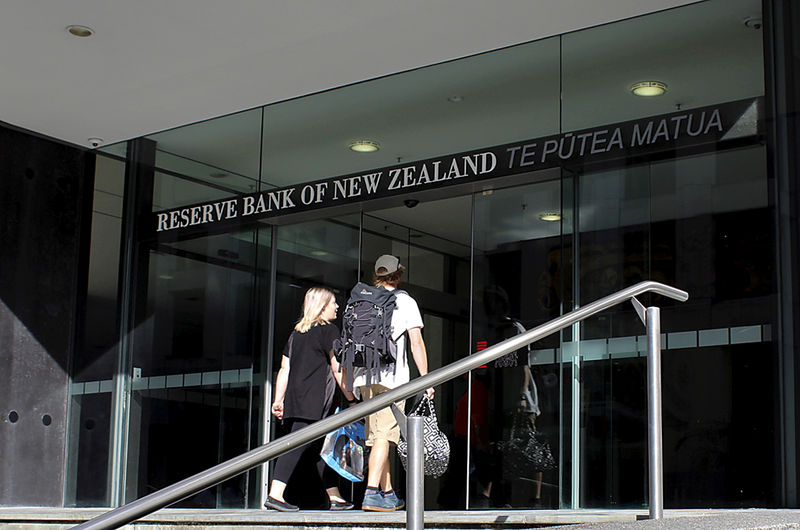 © Reuters. FILE PHOTO: Two people walk towards the entrance of the Reserve Bank of New Zealand located in the New Zealand capital city of Wellington

WELLINGTON (Reuters) – New Zealand’s central bank will keep interest rates unchanged at least until the third quarter of 2019, a snap Reuters poll showed on Friday, contrary to market pricing suggesting the next move could be a cut in policy as risks to the economy rise.

Investors were taken by surprise on Thursday when data showed third quarter economic growth coming in much weaker than expected, the slowest pace in almost five years, and stoking talk the central bank could put a rate cut back on the table next year.

Most economists, however, are still expecting the central bank to remain on hold for much of next year. All 14 economists in a Reuters poll predicted the Reserve Bank of New Zealand (RBNZ) will hold the official cash rate (OCR) at 1.75 percent until the third quarter of 2019.

However, they were divided on the outlook for the final quarter of 2019, with six predicting a hike of 25 basis points while only one bank, ANZ, seeing a cut in that quarter. ANZ analysts are also predicting a second cut in the first quarter of 2020.

The markets have gone much further, with the Overnight Index Swaps showing a modest chance of a cut late next year.

In its final policy review for the year in November, RBNZ struck a neutral tone marking two full years of steady policy, and said its next move would depend on how the economy fared and cautioned of downside risks from global trade frictions.

The next monetary policy decision is scheduled for Feb 13.