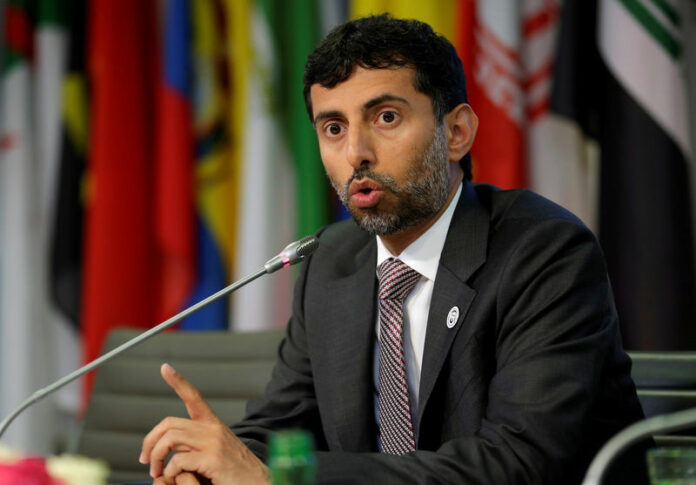 KUWAIT (Reuters) – OPEC and allied oil producers are ready to hold an extraordinary meeting and will do what is needed if the current cut in oil output by 1.2 million barrels per day does not balance the market next year, the United Arab Emirates’ energy minister said on Sunday.

Extending the output agreement signed in early December will not be a problem and producers will do as the market demands, Suhail al-Mazrouei told a news conference at a gathering of the Organization of Arab Petroleum Exporting Countries in Kuwait.

“What if the 1.2 million barrels of cuts are not enough? I am telling you that if it is not, we will meet and see what is enough and we will do it,” Mazrouei said.

“The plan (to cut oil production) is well studied but if it does not work, we always have the power in OPEC to call for an extraordinary meeting,” he added.

“If we are required to extend for (another) six months, we will do it… I can assure you an extension will not be a problem.”

The Organization of the Petroleum Exporting Countries (OPEC) and its Russia-led allies agreed earlier this month to slash oil production by more than the market had expected.

Still, oil prices fell on Friday to their lowest since the third quarter of 2017 as global oversupply kept buyers away from the market ahead of holidays over the next two weeks. [O/R]

The UAE minister said a joint OPEC and non-OPEC monitoring committee would meet in Baku at the end of February or the beginning of March, as producers aim to return the oil market to the balance reached in the summer of 2018.

Mazrouei was speaking at a joint news conference with the Iraqi and Algerian energy ministers as well as Saudi Arabia’s OPEC governor, Adeeb Al-Aama.

Al-Aama said oil market oversupply had fallen to 37 million barrels of crude in November from 340 million barrels in January 2017, when OPEC and its allies began cutting production in an attempt to lift the price of crude.

Iraqi Oil Minister Thamir Ghadhban said there was an expectation that the oil output cut decision could be renewed, adding that Iraq would be willing to extend the production agreement in April. OPEC is set to hold its next oil output policy decision meeting that month in Vienna.

“We will be watching the prices and how they react over time,” Ghadhban said.

Saudi Arabia is fully committed to the reduction agreement, Al-Aama said, adding that the world’s top oil exporter’s production in January is see at 10.2 million bpd, lower than its output target of 10.3 million bpd under the recent pact.

The kingdom has over committed with previous cuts, reducing more than its share and reaching a compliance of 120 percent from January 2017 until May 2018, Al-Aama said.