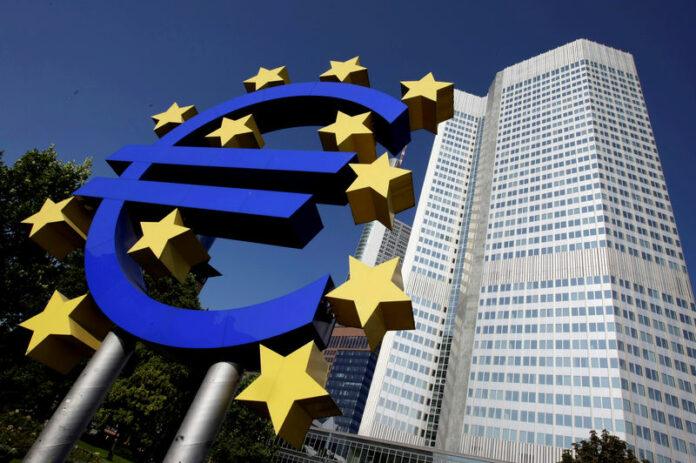 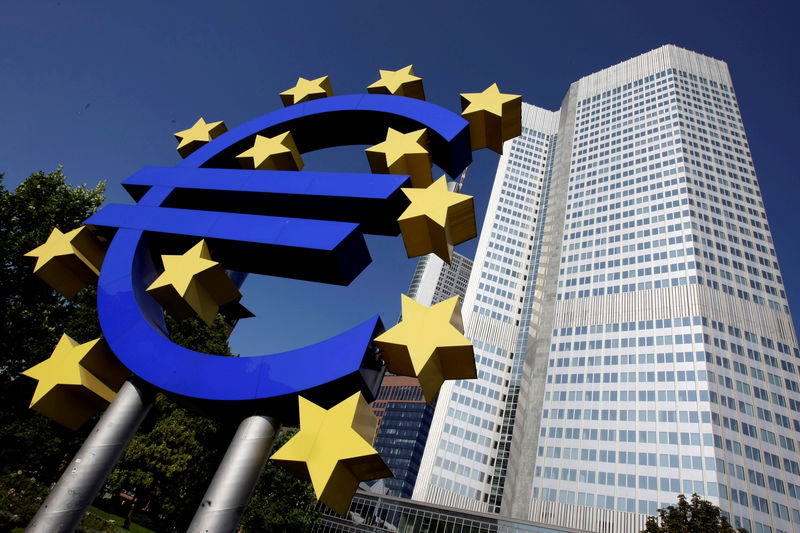 © Reuters. FILE PHOTO: Outside view shows the Euro sculpture in front of the ECB headquarters in Frankfurt

By Valentina Za and Giulio Piovaccari

MILAN (Reuters) – Many Italian banks are struggling to borrow on the private markets and want European Central Bank (ECB) help as they seek more than 55 billion euros ($63 billion) in funding this year.

Even after removing the threat of major collapses by bailing out some of its lenders, Italy’s financial system is ill-equipped to support an economy at risk of slipping back into recession.

Italy’s banks are still dealing with the bad debt left by the last downturn and another would risk new loans turning sour.

Bailed-out Monte dei Paschi (MI:) said last week the ECB had warned it about the challenge of raising money this year, highlighting a pinch that was evident in the third quarter of 2018 when the Bank of Italy said 200 million euros more in senior debt expired than was issued.

Italian banks rely on some 240 billion euros of ultra-cheap, longer-term funds borrowed from the ECB in 2016 and 2017, but that source of funding is now shut and without replacing so-called TLTRO funds Italian banks will see a drop in their Net Stable Funding Ratio (NSFR), a long-term liquidity measure monitored by regulators.

ECB policymakers have said they are considering a new type of multi-year loans to avoid a potential liquidity shock.

“We think there will be something akin to a new TLTRO offer that could help mitigate the increase in banks’ cost of funding,” Luca Manzoni, head of corporate at Banco BPM (MI:), Italy’s third-largest bank, told a recent event.

A senior executive at another Italian bank said 2019 looked difficult and he too expects the ECB to step in.

The ECB declined to comment on whether it would offer new long-term financing for Italian banks, whose shares plunged on Tuesday after a source said it would make them tackle their existing problem loans in full by a set date.

From June 2019 Italian banks will be forced to gradually exclude from NSFR calculations some 140 billion euros in TLTRO funds which are due to be repaid in June 2020.

The head of funding at a large Italian bank highlighted the NSFR as one of the big hurdles of 2019, along with requirements to issue debt that can be wiped out to cover future losses.

“We’re working with several Italian banks which have already amended or are in the process of amending the terms of their debt programs to be able to … sell SNP bonds,” Allen & Overy Partner Cristiano Tommasi said.

UniCredit, which is subject to tighter rules due to its size, last week paid 360 basis points over the swap rate to place a three-year SNP bond in the U.S.

Although less than the 420 basis point premium it paid in December on a similar five-year bond, it is a far cry from the 70 bps paid a year ago on its first SNP bond and bankers say the market respite is temporary.

“We’re advising our clients to be ready to seize any potential market window to issue because it’s not going to be smooth sailing,” Marco Spano, Mediobanca’s head of debt capital markets for financial institutions, said.