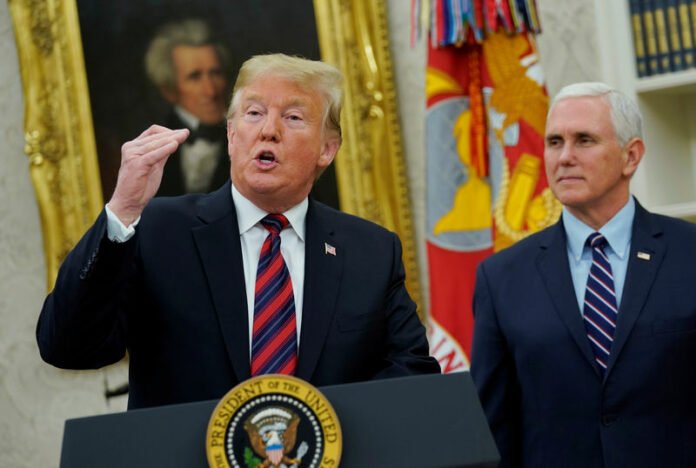 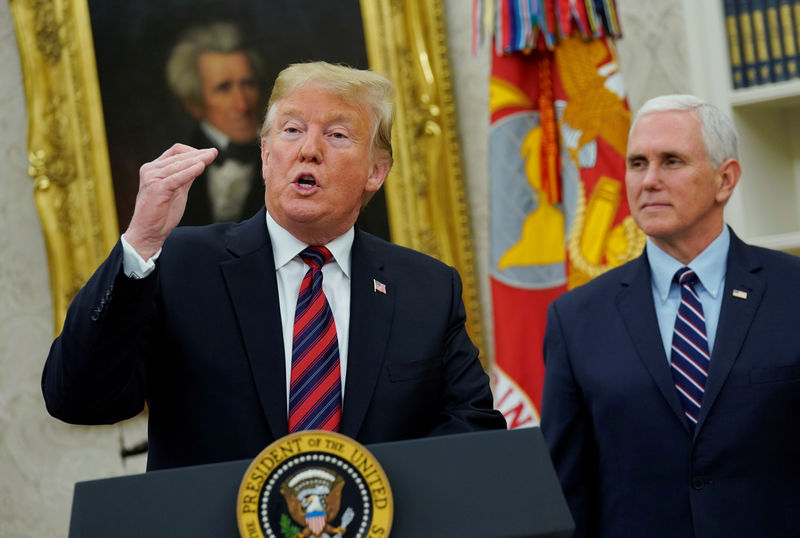 © Reuters. President Donald Trump delivers remarks on the humanitarian crisis on the Southern border and the shutdown

By Steve Holland and Jan Wolfe

WASHINGTON (Reuters) – U.S. President Donald Trump proposed an immigration deal on Saturday in a bid to end a 29-day partial government shutdown, after House of Representatives Speaker Nancy Pelosi and other leading Democrats had already said they rejected the plan.

Trump stuck to his demand that $5.7 billion for this year to fund a U.S.-Mexico border wall be part of any bill to fully reopen the government, an ultimatum Democrats oppose. But the president had hoped that offering new protections for some undocumented immigrants could end a month long impasse with Congress.

In a speech from the White House, Trump offered to extend support for legislation to protect young undocumented immigrants, known as “Dreamers,” as well as holders of temporary protected status (TPS).

Describing a U.S. immigration system that he called “badly broken,” Trump said, “I am here today to break the logjam and provide Congress with a path forward to end the government shutdown and solve the crisis along the southern border.”

Shortly before he spoke, Pelosi, the top U.S. Democrat, in a statement said the offer was “unacceptable” and did not “represent a good-faith effort to restore certainty to people’s lives.” She said the president’s offer was unlikely to gain the votes needed to pass the House or Senate.

About one-quarter of U.S. government programs have been partially shut down due to a lack of funding as the president has held out for the $5.7 billion he wants just for this year to build a wall on the southwestern U.S. border to keep out illegal immigrants and drugs.

That partial shutdown has meant that 800,000 federal workers were either furloughed or working without pay since Dec. 22.

Earlier on Saturday, Dick Durbin, the No. 2 Senate Democrat, said he could not support such an offer. “First, President Trump and Senate majority leader McConnell must open the government today,” Durbin said in a statement.

“Second, I cannot support the proposed offer as reported and do not believe it can pass the Senate. Third, I am ready to sit down at any time after the government is opened and work to resolve all outstanding issues,” Durbin said.