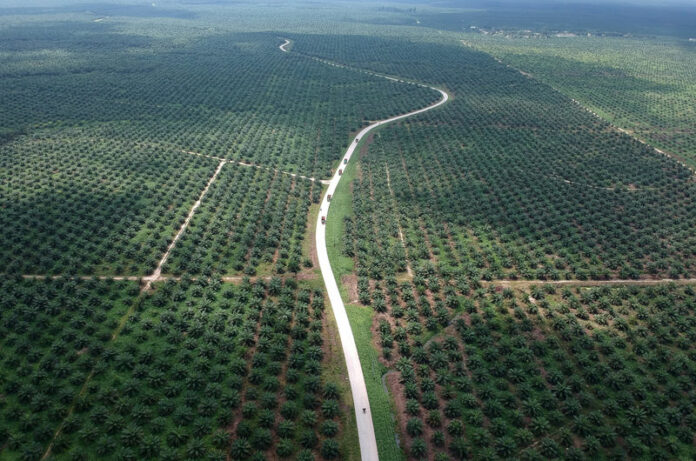 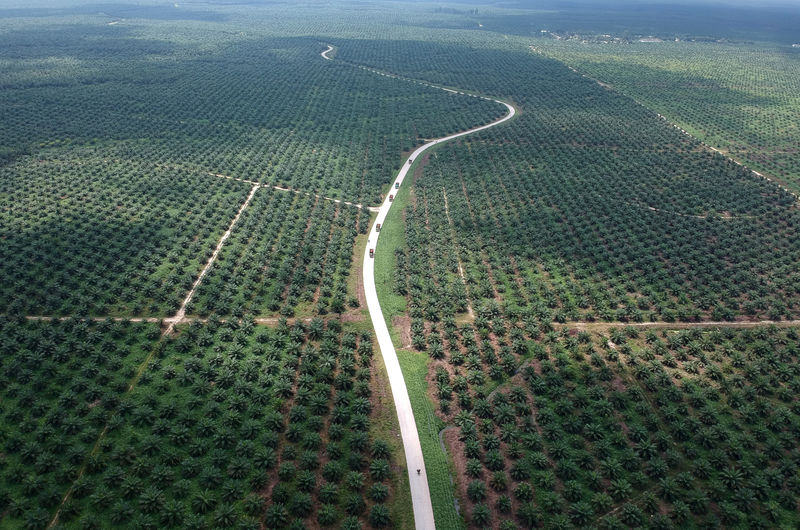 © Reuters. An aerial photo of a palm oil plantation in Batanghari

(Reuters) – Prices of vegetable oils including palm oil are set to rise by $50-$100 per tonne by June, according to a forecast by industry analyst James Fry.

“Prices of crude palm oil and other oils depend on the outlook for palm stocks. Stocks will fall till mid-year, which will lift the crude palm oil premium over , especially if Indonesia maintains its heightened pace of biodiesel use,” according to Fry’s presentation for an industry conference in Karachi that was viewed by Reuters.

“If this occurs, there is an upside of $50-$100 for oils by June,” said Fry, chairman of commodities consultancy LMC International. benchmarks set the floor for vegetable oil prices, Fry said.

Benchmark palm oil prices dropped to three-year lows in November and December amid high inventories and weak demand. Palm was last up 1.1 percent at 2,223 ringgit ($540.88) a tonne on Friday evening. [POI/]

In an effort to boost palm oil consumption, Indonesia raised its biodiesel mandate last year to require all diesel fuel used in the nation to contain biodiesel starting from the beginning of September.

Indonesia’s mandate requires a 20 percent bio-content in biodiesel, but prior to September that was mandatory only for subsidized diesel users.

At an industry conference in Malaysia on Thursday, LMC International’s head of Southeast Asia, Julian McGill, said crude palm oil prices are expected to rise to between 2,200 and 2,300 ringgit per tonne by June on a seasonal decline in stocks.