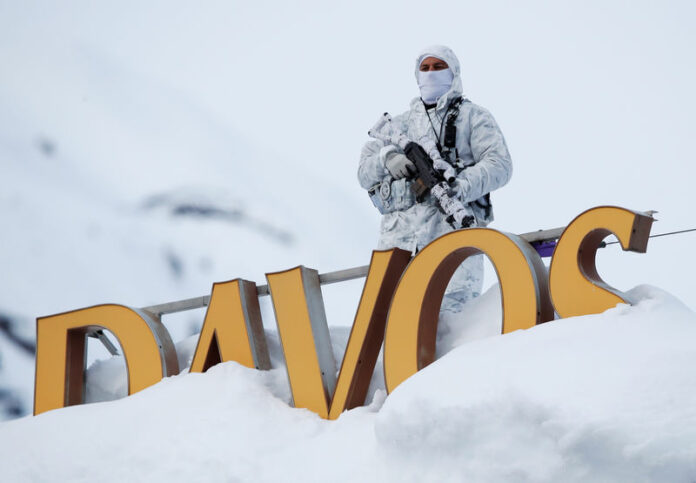 As outlook darkens, central banks think hard about their language 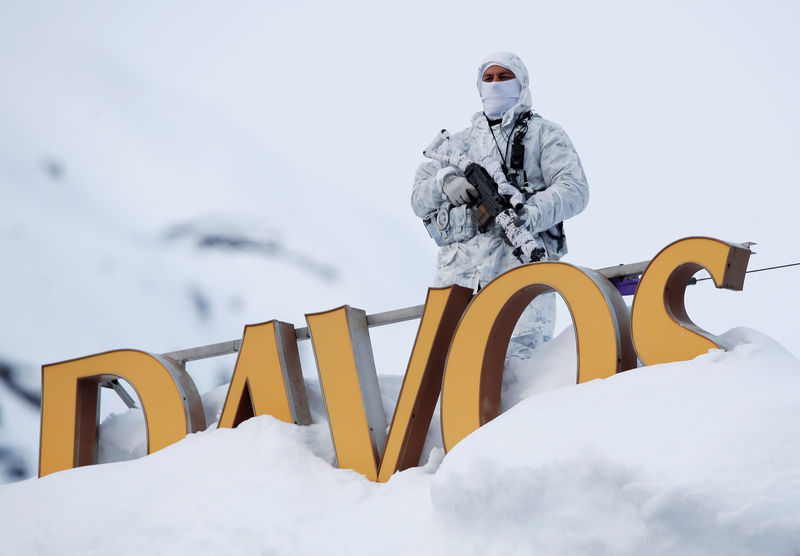 DAVOS, Switzerland (Reuters) – As central banks stock up on policy ammunition in the face of a worsening global economic outlook, they are having to reassess one of their most delicate weapons – the ‘forward guidance’ they use to flag their intentions to the markets.

Forced to slash borrowing costs, in some cases below zero, to fight the global financial crisis, the big central banks relied heavily on verbal hints and signals to set expectations about the future path of rates. By promising to keep monetary conditions ultra-loose, they hoped to push down longer-term rates and spur growth.

A decade on, they are again grappling for the right language as they wind down crisis-era measures while still facing an array of daunting risks, from the U.S.-China trade war to Brexit and slowing global growth.

Conditions have not deteriorated to the point where central banks need to ponder reverting to extreme measures. The Fed can pause its rate hike cycle, the European Central Bank can go slow in raising rates and the Bank of Japan feels maintaining its current stimulus will be enough.

But policymakers gathering in Davos for the World Economic Forum this week – including central bank chiefs Haruhiko Kuroda of Japan and Mark Carney of Britain – will be taking a hard look at what ammunition they have left to battle the next economic downturn.

“After two years of solid expansion, the world economy is growing more slowly than expected and risks are rising,” Lagarde told reporters in Davos after the global lender cut its estimates for global economic growth this year and next. [L1N1ZL0BZ]

The U.S. Federal Reserve has been weaning itself off forward guidance as it dials back crisis-mode policies, removing last year a phrase that policy will stay “accommodative” for some time.

But other central banks, notably the BOJ, have been forced to maintain or even strengthen forward guidance to make up for a lack of alternative tools. Compared with other options, this has the advantage that it only requires tweaking language.

While central banks may eventually turn to radical means like quantitative easing (QE), depending on the severity of the situation, they could prepare such steps or complement them with forward guidance to buy time or maximize the stimulus effect.

“Policymakers at both the Fed and the ECB will want to keep forward guidance as a tool of monetary stimulus in future,” said Mansoor Mohi-uddin, Macro Strategist at NatWest Markets.

The BOJ could be among the major central banks most reliant on forward guidance. Already owning half of Japan’s government bond market, there are limits to how much more QE it can do.

Rate cuts are also controversial as years of ultra-low rates have narrowed financial institutions’ margins, enough to draw concerns within the BOJ of the rising cost of prolonged easing.

The BOJ could thus consider offering stronger forward guidance, such as binding itself to keep interest rates at current ultra-low levels until inflation approaches 2 percent, if it were to ramp up stimulus again, say sources familiar with the central bank’s thinking.

“It’s definitely among tools the BOJ will consider when the economy is hit by a big shock,” one of the sources said, a view echoed by two other sources.

Forward guidance could also come in handy for the ECB, as reverting to QE would be difficult given it has essentially run out of bonds to buy within its self-imposed role.

The ECB has pledged to keep its deposit rate at minus 0.4 percent at least until the summer of 2019 but does not provide guidance beyond that. The likely response to any further economic slowdown would be to push out rate hike expectations even further, a relatively easy move.

“Interest rate cuts and quantitative easing will likely remain the main instruments for reviving demand when the next recession strikes,” said Mohi-uddin of NatWest Markets.

There is debate, however, on how well central bankers could steer market expectations without confusing investors.

BOJ Governor Kuroda also jolted markets in late 2017 when he spoke of a “reversal rate,” or the rate at which the cost of easing exceeds the benefits, stoking fears his central bank would soon dial back stimulus.

Market expectations on the Fed’s policy path whip-sawed after its chairman Jerome Powell gave conflicting signs on how quickly the Fed would hike rates and shrink its balance sheet.

Striking the right balance between transparency and flexibility has also always been tricky.

“Forward guidance is effective at times but not always. It needs to be realistic and credible. That’s not easy,” said Kazuo Momma, executive economist at Mizuho Research Institute and a former senior BOJ official with experience of drafting monetary policy.

“It’s pretty hard to deal with various situations by forward guidance alone. If it’s too ambiguous, it doesn’t have punch. But if you’re too clear, the guidance could bind future policy.”

Former BOJ board member Sayuri Shirai, who has worked with the IMF, said central banks need to be more creative on how to maximize the effect of forward guidance.

“Forward guidance was effective after the Lehman crisis because it was something new and surprised people,” she said. “Now, everyone got used to it. That raises the hurdle for central banks to make forward guidance work.”