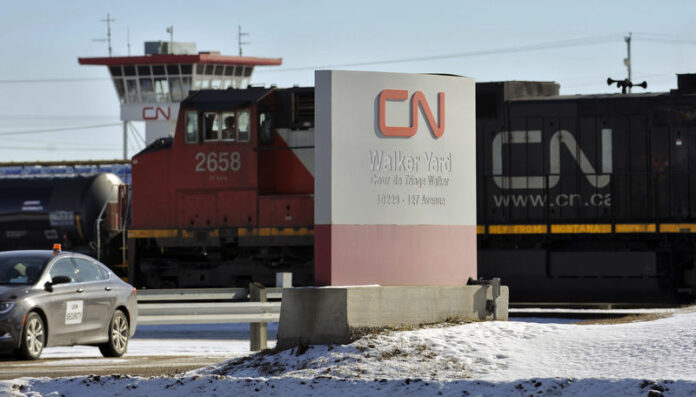 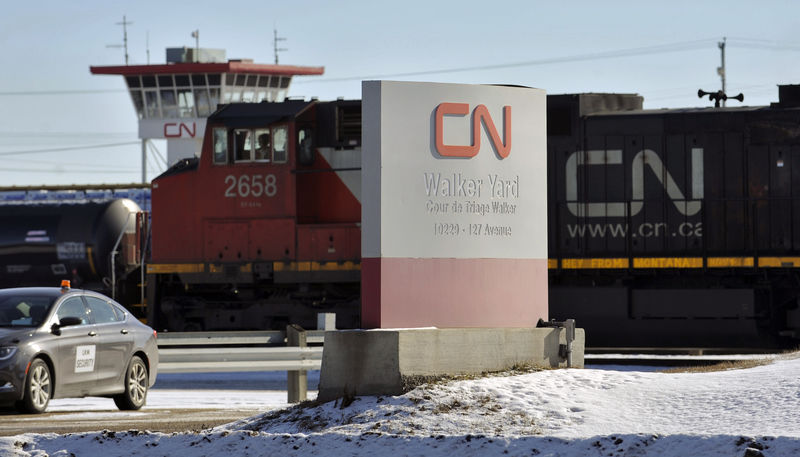 © Reuters. A locomotive moves through the CN railyards in Edmonton

WINNIPEG, Manitoba (Reuters) – Canada’s two major railways are rationing space on trains traveling to the country’s biggest port and recently prioritized some commodities over others to deal with congestion, the latest indication of their struggle to meet demand from new trade deals.

That move prompted Canada’s transport regulator last week to start an investigation into rail services around Port Metro Vancouver, after shippers complained of “discriminatory treatment of certain commodities” by Canadian National Railway (CN) (TO:) and Canadian Pacific Railway (CP) (TO:).

Canada is a top shipper of crops, fertilizer, oil and pulp, but has in recent years needed government intervention to keep commodities moving, from ordering railways to clear grain backlogs to Alberta’s curtailments this month due to full pipelines.

Free-trade deals with the European Union and Pacific Nations are boosting demand for commodities, adding further strain to Canada’s transportation infrastructure. Currently, the United States and Mexico account for at least 75 percent of Canadian exports.

Both railways last month rationed the volume of traffic around Vancouver by restricting movement of some commodities, such as peas, lentils, pulp and paper, according to shipper notices seen by Reuters.

The restrictions, called embargoes, are usually a tool of last resort for railways to ease congestion by temporarily limiting traffic. But in December, shippers allege that CN and CP used them more often than normal, harming some commodity sellers more than others in an effort to push through the maximum overall volume.

CP imposed embargoes on three specific transloaders – facilities that empty rail cars into containers for loading onto vessels. These transloaders handle peas and lentils, but were prevented from doing so in December for days at a time, said Greg Northey, director of industry relations at Pulse Canada.

Embargoes also added costs for pulp and paper producers, who are trying to bolster ties with Asian buyers amid ongoing tariff disputes with the United States.

For a second consecutive year, the railways imposed more embargo restrictions on pulp and paper than usual in December, leading to shipping delays, according to the Forest Products Association of Canada, whose members include Canfor Corp (TO:) and West Fraser Timber (TO:).

“We can’t do business like this if we want to diversify markets,” said association Chief Executive Derek Nighbor. “It’s just a missed opportunity.”

Several shippers said the transportation agency will be asked at a hearing in late January to consider whether the railways discriminated against shippers that fill manifest trains – those carrying a variety of products. The investigation could also consider whether the railways violated their common carrier obligations to haul a full range of freight.

For CN and CP, the investigation raises the risk of further regulation in an industry where they already complain of too much government control.

In a statement, CN said the transportation agency’s investigation should examine the full supply chain and take into account the impact that rain and wind had on operations late last year.

CN said freight shipments are up 10 percent from November to mid-January year-over-year.

CP Chief Executive Keith Creel said he takes “great exception” to CP being included in the agency’s investigation, adding in a statement that he is not aware of formal complaints.

Since the railways’ embargo and permit system was implemented in December to clear backed-up freight, the flow of cars to grain terminals has improved. But it is unclear how the backlog happened in the first place, said Wade Sobkowich, executive director of Western Grain Elevator Association. It indicates that railways have failed to invest in adequate capacity to move goods at peak times, he said.

Canpotex Ltd, the offshore sales arm of potash producers Nutrien Ltd (TO:) and Mosaic Co (N:) has also been affected by congestion and delays around Vancouver, spokeswoman Natashia Stinka said.