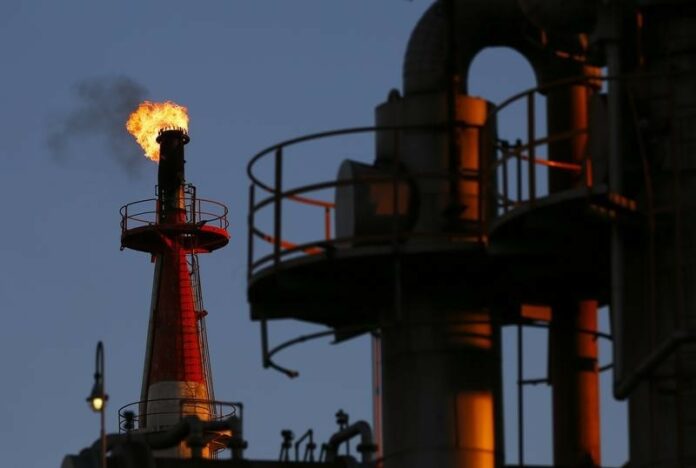 Investing.com – Oil prices traded higher on Monday as investors shrugged off weak data from China and focused on another decline in U.S. drilling, suggesting that the recent increase in U.S. production could be about to level off.

China reported overnight that its 2018 economic growth dropped to its , but analysts pointed to the fact that the slowdown was in line with expectations and simply reflected a normal part of the economic cycle.

“It remains quite likely that the trade spat with the U.S. has played a part in this latest slowdown, but investors should also factor in that it simply isn’t possible for the Chinese economy to grow at the pace that it has over the last 10 years, in the next 10 years, as the law of diminishing returns kicks in, and the economy becomes more mature,” CMC Markets chief market analyst Michael Hewson said.

While fears of the current global economic slowdown, particularly in the world’s second largest economy and biggest oil importer, have raised concerns over the strength of demand, bulls point to the output reductions recently implemented by OPEC and the recent weakness of U.S. drilling activity.

That was its third straight decline and the biggest since February 2016, as drillers put on the brakes in reaction to a 40% drop in U.S. crude prices late last year.

With the rig count stalling, last year’s growth rate is unlikely to be repeated in 2019, although most analysts expect annual production in the U.S. to average well over 12 million barrels per day.

“You can’t justify oil prices at these levels. We’re looking basically at an average of almost $70 a barrel for Brent in 2019,” ING commodities strategist Warren Patterson said. “I am getting increasingly concerned about how tight the market will be going into 2020.”